Sam Shields Has Been Busy Getting Tattoos

It’s quite possible former Green Bay Packers cornerback Sam Shields has always been busy getting tattoos, but this is the first time we’ve seen the arsenal to this degree.

It’s substantial. And since it doesn’t look like any team is going to be willing to take a shot on the oft-concussed Shields, he’ll likely have plenty of time to fill in those few blank spaces.

Not to worry, Shields collected around $30 million from the Packers before being released in February. He should be just fine.

You probably can’t tell, but that big-ass tattoo on the side of Shields’ neck is this bad boy — the championship ring art he got in 2011 after the Packers won the Super Bowl. 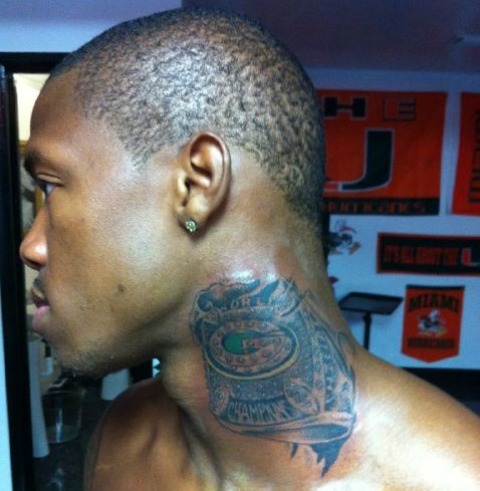 As you can see, he’s had quite a bit more work done since then.