We told you that former Green Bay Packers tight end Jermichael Finley has been doing some coaching since retiring from the league.

Whether that’s going well or not, we don’t know, but at least it keeps Finley busy. What it apparently doesn’t do is give him any name recognition among the youngsters.

Here’s High School All-American QB Safdar Ali McCrary knowing nothing about the players who came before him.

He refers to Jermichael Finley as JaMarcus Finely. While we’re sure the last name is probably a simple typo, the first isn’t. 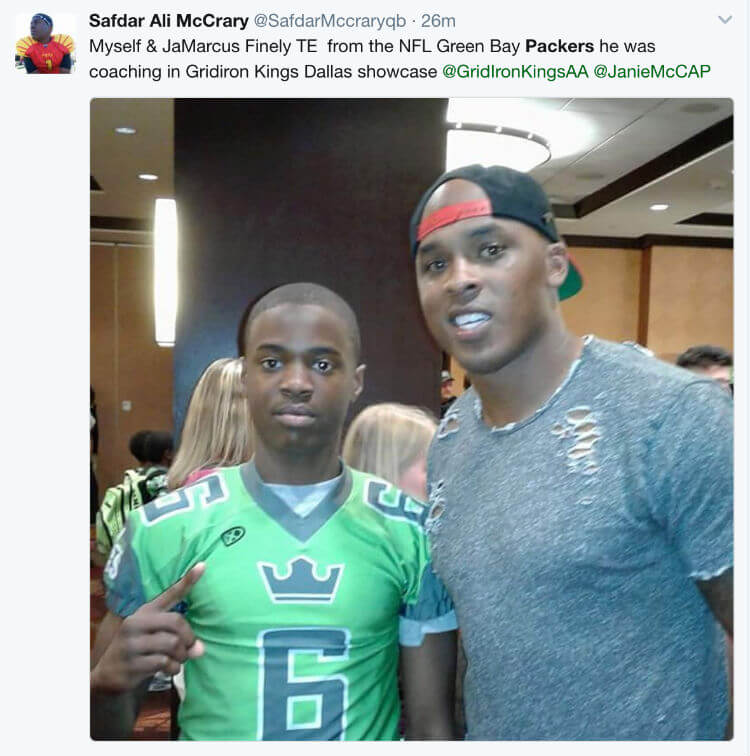 So what do you say, JaMarcus?

Previous Article
This Is the Year For Jeff Janis, Bro!
Next Article
Rickie Fowler will Rock a Packers Bag At the U.S. Open