Back in 1995, after they had shipped out Aaron Brooks and Mark Brunell and a year before they’d lose Ty Detmer in free agency, the Green Bay Packers signed former rival Jim McMahon.

In 1996, at age 37, The Punky QB would be Brett Favre’s primary backup. As you would imagine, McMahon barely played. His two-year Packers’ career would consist of this line: 4-of-5 for 45 yards, no touchdowns, no interceptions.

And mentioning that season is always a good place for this…

But this is about McMahon as the Packers’ backup.

When the team took the champion’s traditional visit to the White House to meet President Bill Clinton in 1997, McMahon wore his Chicago Bears jersey.

As the story goes, the Bears never got to take their White House visit in 1986 because The Challenger blew up two days after they beat the Patriots in the Super Bowl. However, the Bears’ media relations director in 1986 says a visit was never planned. Most people, including McMahon, just assumed it was canceled because of the space shuttle explosion.

The visit was actually never scheduled, but it’s certainly plausible it got lost in the shuffle due to the events of the time.

Here’s what McMahon had to say about it.

It's cuz I was there with @packers in 85 we didn't get 2 go cuz the space shuttle exploded. I told my teammates and they were fine with it

From every 1 else I got some heat especially cuz @packers and @ChicagoBears are biggest rivals. But my teammates understood y I was doing it

Interestingly, when Barack Obama was in office, he brought the 1985 Bears to the White House. Obama, who is a Bears fan, remedied that oversight in 2011.

McMahon hung it up after the 1996 season. 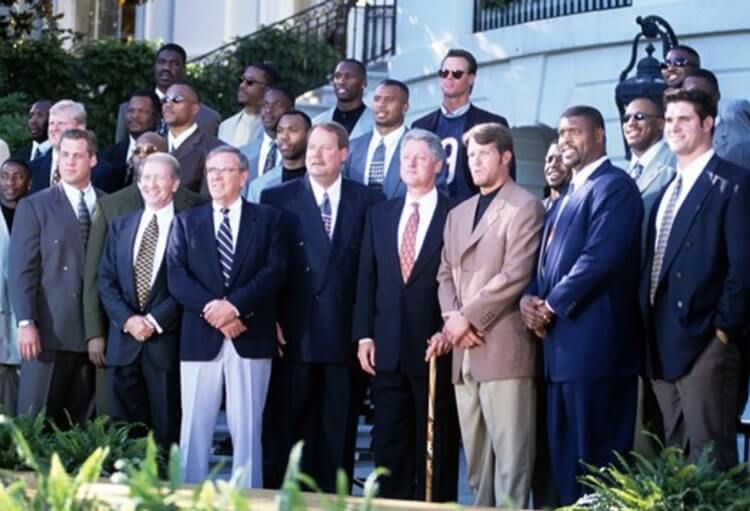 Randall Cobb Has Been Hanging Out in Africa