by Joseph Bonham
in Uncategorized
11

Does that sound familiar? It should. The Seattle Seahawks last big-time running back, Marshawn Lynch, was nicknamed Beast Mode. Eddie Lacy has coopted that to some degree.

He his now calling himself Hulk Mode and he has the t-shirts to prove it.

12s, new gear just arrived on the site. Check it out 👉🏿 https://t.co/6TGUbcVZdW pic.twitter.com/XriuNHPWEe

This isn’t the first time Lacy has used The Hulk. He wore a Hulk undershirt beneath his jersey when he played for the Green Bay Packers. 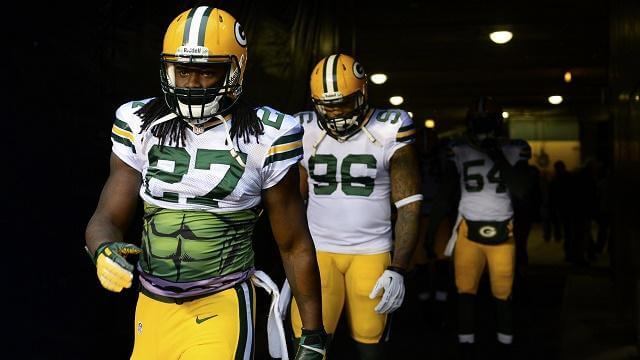 Did he or anyone else ever call him The Hulk? Not to my knowledge.

All we ever remember is people calling him fat.

Packers 2017 Training Camp Schedule Is Out

Packers 2017 Training Camp Schedule Is Out