Packers’ 2017 Strategy Has Been Revealed

The Green Bay Packers and New England Patriots have been complete opposites since about February.

The Packers lost in the NFC Championship game and the Patriots went on to win the Super Bowl. Instead of resting on their laurels, the Patriots went out and started the offseason like a house afire. They have dramatically strengthened their roster.

Meanwhile, the Packers’ roster has gotten worse, not only by letting their own free agents sign elsewhere, but by largely doing nothing to address their glaring holes. To suggest the Packers have more holes today than when the offseason began would be an understatement.

That has plenty of people wondering what, exactly, general manager Ted Thompson and the Packers’ brass are thinking.

Well, we’ve snuck inside Lambeau Field and located their top secret strategy for the 2017 season.

Now, we’re sharing it with you. 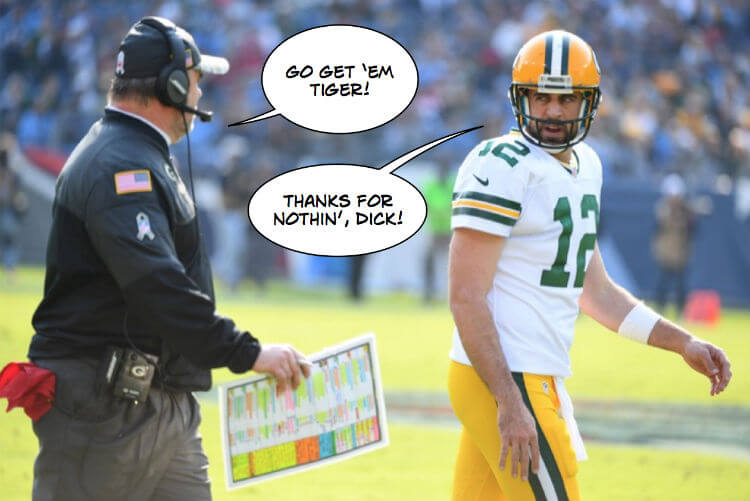 Packers’ Linebackers: Veterans on the Edges, Youth in the Interior

Drafting In The First Round Is A No-Brainer

Drafting In The First Round Is A No-Brainer