Or Rambeau. Rambeau III, according to the New York Post. You see, because Eli Manning and the New York Giants have come to Lambeau Field and beat the Green Bay Packers twice before in the playoffs, so… 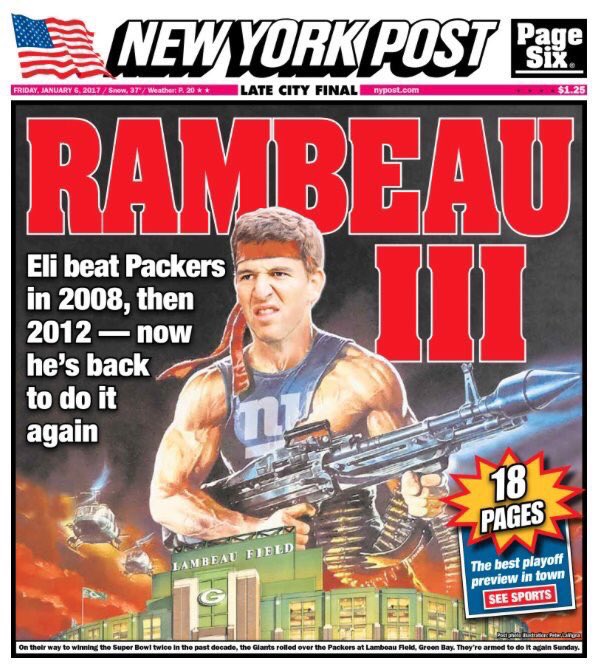 Of course, you’ll recall both of those games. The 2008 contest ended with Brett Favre’s final pass as a Packer, a very fitting interception tossed directly to Corey Webster that dashed Green Bay’s chance at a Super Bowl trip. The 2012 game was a divisional contest — the Packers’ first playoff game that year after finishing a league-best 15-1 — in which the Giants straight-up killed them.

So yes, the Packers have had some major playoff disappointments in Lambeau Field against the Giants. Those teams have nothing to do with this team though, do they?

What we can tell you about the two teams actually playing on Sunday is there’s a difference in atmosphere. The Packers are very business-like this week. The Giants, not so much. They’re keeping it loose in New York.

The week started with tales of a party boat and just kept getting stranger from there.

Here you have ODB giving an interview in a lucha libre mask.

And then there was defensive tackle Damon Harrison talking about his playoff experience (of which he has none).

How are these two different approaches going to translate on the field? We honestly have no idea