Olivia Munn Appears to Be Wearing a Ring

Yes, and she’s wearing it on that finger. Here’s Olivia Munn (and Jennifer Aniston) at Entertainment Weekly’s PopFest, which took place over the weekend in Los Angeles.

Is it coincidence that Aaron Rodgers played his best game of the season when Munn was elsewhere? Well, you can construe your own theories about that.

That’s not the point here though. Check out the ring finger.

There’s a ring on it. 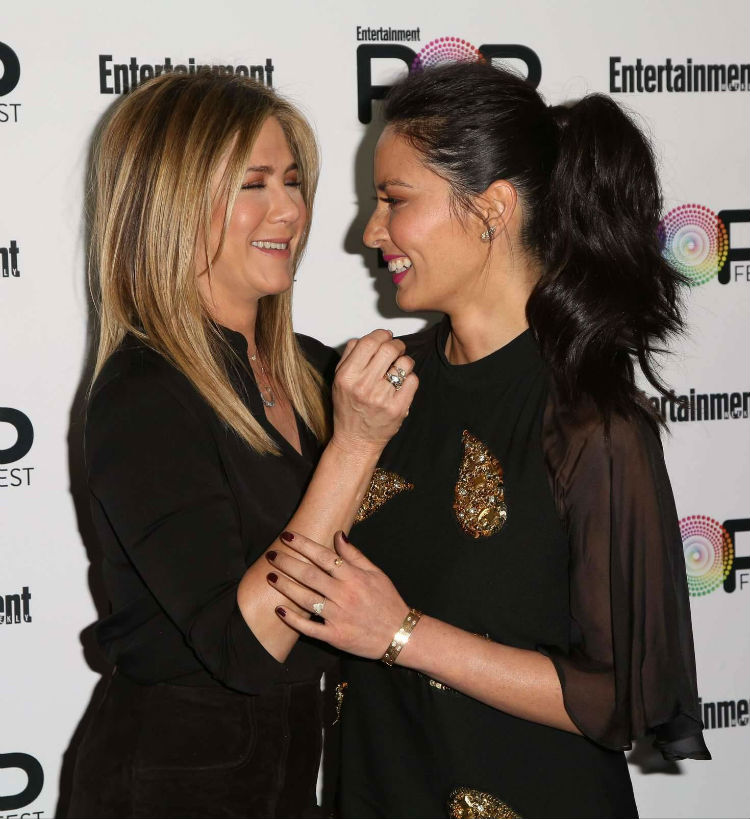 If this has indeed happened, we wouldn’t be surprised that there was no mention of it yet. Rodgers will obviously want to keep the focus on football so long as the season is going on.

If it hasn’t, we wouldn’t be surprised about the misdirection either. Munn has planted engagement rumors before.