Is he or isn’t he? That seems to be the regular question with Green Bay Packers outside linebacker Clay Matthews, i.e. will he play this week or not?

Matthews has missed two games — week 3 and week 8 — this season because of a hamstring injury. As we’ve documented, whenever Matthews plays outside linebacker full time, he’s always pulling up with random hamstring injuries.

Well, Clay has consulted with the Magic 8 Ball and… 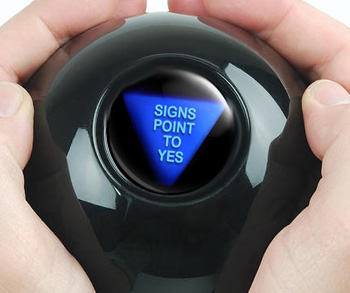 “I think we didn’t want a setback moving forward,” Matthews said after practice on Thursday. “Obviously feel much better this week, able to get more team reps, and feel good about what we’ve done thus far in the week. So, all indications are pointing to me being out there on Sunday.”

So last week was clearly the Packers being cautious with Matthews, which is exactly what we assumed they did in week 3, the week before the team’s bye.

Still, Matthews’ history with this injury is troublesome. The guy is making an average of $13 million per season and he’s only played a full season three times in his eight-year career — the two seasons he played inside linebacker (2014-15) and his rookie year (2009), when he wasn’t a starter until his fourth game.

He’s also on pace for his fourth single-digit sack season. He has three in the Packers’ seven games.

On the other hand, as long as he’s healthy for the playoffs — providing the Packers make it — then who cares?

Jake Gyllenhaal Talks About Being Mistaken for Aaron Rodgers