Shawn (1-0, 0-1 ATS): After taking care of business as expected last week, the Green Bay Packers get the big game that the NFL and undoubtably Minnesota Vikings fans have been waiting for since the schedule came out. The Packers get to travel to Minnesota to help the Vikings open their new stadium, since obviously, like the Jaguars, the Vikings need the Packers’ help to pique interest.

I may attempt to downplay the significance of this game. After all, it is only week 2 and there is going to be a hell of a lot of football to play regardless of what happens this Sunday. However, it is perhaps understated that the Packers v. Vikings is one of the best rivalries in the NFL right now. There should be no question that I believe the Vikings — franchise, ownership, coaches, players and fans — to be the most hated among Packers fans.

In fact, I don’t even think the Chicago Bears are close, unless you are over 50. I believe that if you polled Packers fans right now, the most hated would be the Vikings and the Bears probably wouldn’t even take second because they would finish behind the Seahawks.

And it’s fitting that the Seahawks should enter the conversation. As I’ve asserted on the podcast, the Vikings really are trying to BE the Seahawks. They are not trying to beat the Packers by being the Packers, as the Bears and Lions have done. They have taken a wiser turn by emulating the teams that have actually beaten the Packers.

The way to beat the Packers isn’t to put lipstick on Matt Stafford or Jay Cutler by giving them all these expensive weapons to play with and then pretend they are Aaron Rodgers. The way to beat the Packers is to build a defense that can stop Aaron Rodgers (and Mike McCarthy by extension), while having an offense that is not going to make the mistakes that Rodgers (and McCarthy) can take advantage of.

So that’s how I see this game — Aaron Rodgers and the Packers offense against the Vikings defense. And that does give me reason for concern. Though they got the job done and put up 27 points, the Packers offense didn’t look far different than 2015 last week. In 2015, this wasn’t a good match-up for the Packers, though they did find a way to beat the Vikings at Minnesota. Regardless, of what happened last week, this week against this defense will give us a better idea on how far this offense has progressed.

I expect to see a healthy dose of Eddie Lacy because he’s had good success against the Vikings in the past. I also expect to see more two tight end sets and more action for Jared Cook. As long as Rodgers plays his game, Lacy his and Cook gets involved, I see the Packers having at least 24 points of success against the Vikings defense, and wouldn’t be surprised to see more.

Sam Bradford will get the start at QB, and I expect to see the Packers defense get after him. Of course, that will be much easier if they stop Adrian Peterson first. AP has had a history of success against the Packers, but guess what, the Packers have still won over two-thirds of those games. The red zone will be the key area for the Packers defense. Even if they let AP run wild between the 20s, they can keep the score down by stopping him in the red zone. If that happens, then the Vikings will have to rely on Bradford to get them in the end zone and that could turn into a disaster.

The REAL story out of this game might be how the Packers defense was overlooked in all the hype about the Vikings defense. Sure, Sam Shields is out, but if there was a game where the Packers might have wanted to consider starting Quentin Rollins on the outside anyway, this was it. Rollins is a better tackler than Shields (as am I), and that might be more valuable in this game than coverage skills.

On the other hand, the Vikings’ top corner, Xavier Rhodes, is also out and so is defensive tackle Sharrif Floyd, who the Vikings may have wanted to challenge Lane Taylor with. The Vikings will look to overcome the loss of those guys on defense, but this surely isn’t the right week to be without them. With the Packers having the full arsenal of receivers for this game, including Trevor Davis, the injury to Rhodes could especially be a factor.

I picked the Packers to lose in Minneapolis last year. That didn’t work out for me. The Vikings will be starting a quarterback who has never started for them before. The Packers are the favorite and they should win. 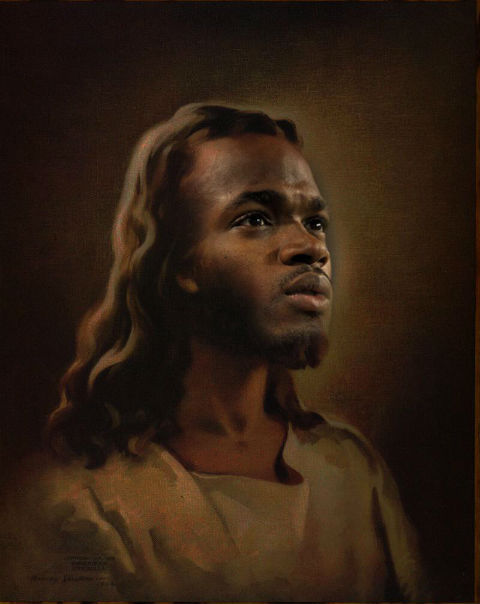 Monty (1-0, 0-1 ATS): Well, I clearly expected too much from the Green Bay Packers last week. Although I knew Jacksonville wouldn’t be a pushover, I expected the Packers to win by 10. In hindsight, that was both laughable and idiotic, as I have been harping on the fact that the offense was going to be rusty as hell coming out of the gate.

They were. Or maybe Fat Mike’s stale, buffoonish approach is just past its shelf life. The Packers offense didn’t really look any different than it did in 2015. Aaron Rodgers was maybe a little sharper. Eddie Lacy is maybe a little more in shape (although he looks exactly the same to me). Regardless, it’s the same stupid offense we’ve been seeing for over a year now. If we’re wise to that fact, the rest of the NFL probably is too.

They probably know how to defend it as well. What’s more, it’s the same personnel.

Oh, I’ve got this new tight end I’ve been publicly demanding. Not gonna use him!

We’ve got seven damn receivers. But look, three are really the most I can manage to work into a game.

We’re going to commit to the run this year. Except, nah… I was just saying that.

Totally honestly, I think when the Packers win a game, they do so despite their fucking Buffoon of a head coach. But that’s a story for another time.

The point, in terms of this game, is I expect the Packers offense to cling tight to the status quo. I don’t expect that side of the ball to be able to control this game. The good news is, the Vikings have two key injuries on defense (which Shawn addressed). They also have a quarterback who 1. wasn’t any good to begin with, and 2. has only been trying to assimilate his offense for two weeks.

Normally, I would suggest that wouldn’t matter. The Vikings could just run that child abusing scumbag Adrian Peterson on first, second and third down. That would be enough to beat the Packers. But things have changed.

The Packers run defense was amazing in week 1, allowing only 48 yards on the ground. Meanwhile, Peterson gained just 31. If Dom Capers has half a brain under that toupee, he’ll gear up to stop Peterson and dare Bradford and the Vikings’ shitty receivers to beat the Packers’ secondary.

There’s no way a Vikings’ aerial attack is beating the Packers on this day, even with Sam Shields out. That is, unless Quinten Rollins decides to fall victim to every double move he sees again.

To me, Rollins is the biggest key to this game. If he bounces back from last week’s craptacular effort — and I expect him to — the Vikings shouldn’t be able to do shit on offense.

And that really renders the Packers’ offensive struggles and Fat Mike’s gravy-filled head — seriously, if you cut his skull open, you could use it as a gravy boat and pour the contents over some mashed potatoes — moot.

The Packers are favored by between two and three points. If you believe the Packers are going to win, and I do, then you bet the Packers. The defense carries the day and that’s something you may as well get used to.