Mike McCarthy Took a Veiled Shot at the Vikings

Green Bay Packers coach Mike McCarthy was talking about the team’s goals for the season today. Frankly, the goal is the exact goal the Green Bay Packers should have. The one we all expect every year.

Here’s how McCarthy stated it.

“It would’ve been nice to say five in a row, but we’ll just have to start another run, I guess.”

Do you know who does hang division title banners? 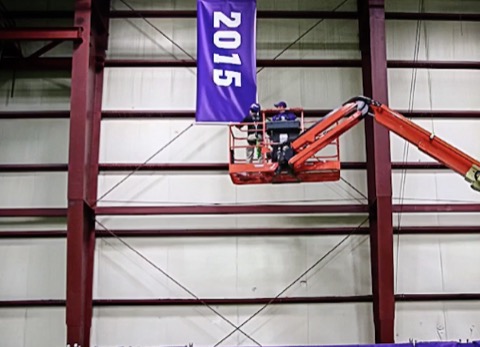 They unveiled that in their practice facility back in February. The Vikings and all of their idiot fans are really, really impressed with themselves for having won the NFC North in 2015.

You don’t get trophies for division championships though. Essentially, what we have with the Vikings is a Little Leaguer that gets a participation trophy just for being on the team and then displays it proudly on the mantle at home.