Mike Daniels Gets an SI Cover

Usually these things are reserved for glory boys like quarterbacks, running backs or receivers. So it’s great to see that Sports Illustrated gave one of their regional covers to Green Bay Packers defensive end Mike Daniels.

Going to be exciting if you live in the southeast and you get that awesome magazine featuring a guard for the Panthers on the front. On the flip side, I’d say Aaron Donald is already a star and probably the best defensive player in the league not named Watt.

Anyway, here’s Big Mike — not to be confused with Fat Mike — on the cover. 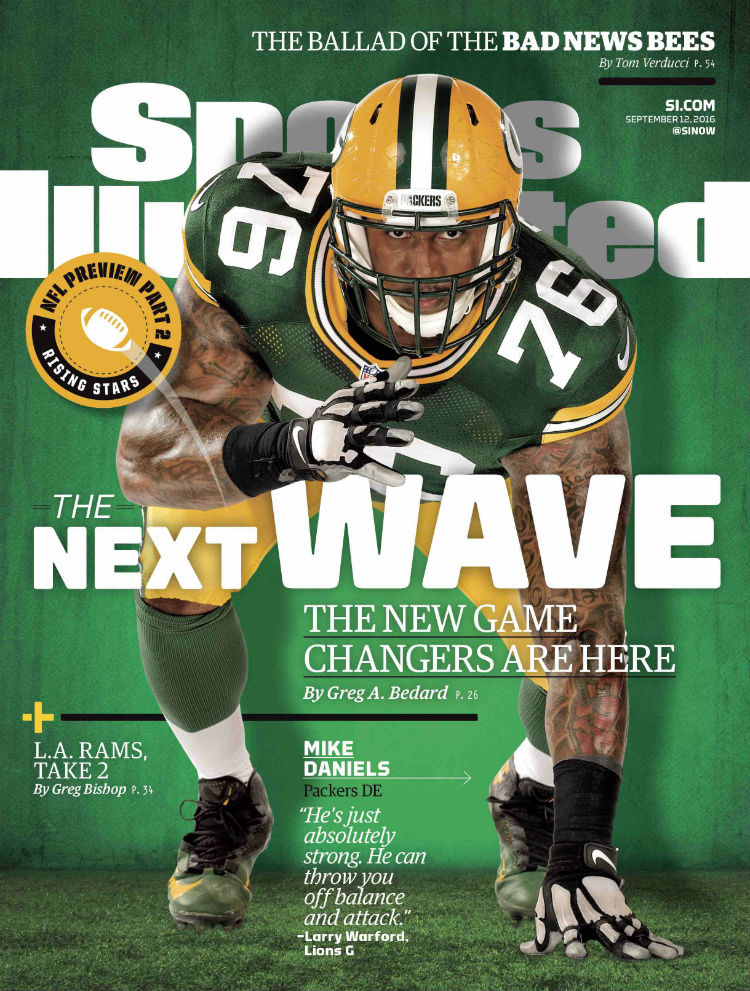