The Green Bay Packers released their first depth chart on Monday. Although it is labeled “unofficial,” it gives us a pretty good idea of how guys are stacking up.

The one position we’ve all been eyeing since the draft is receiver. Not surprisingly, that position stacks up in pretty interesting fashion.

It’s a bit of an oddball to begin with, since the Packers usually line up with three receivers and there are only two starting spots on the depth chart. Those two spots go to Jordy Nelson and Randall Cobb.

The intrigue is what follows.

Jared Abbrederis and Davante Adams are listed as the second-team receivers. That means Jeff Janis is on the third team, at least according to this chart.

Adams has not been impressive so far, similar to his 2015 season. Abbrederis has stood out, but there are plenty of questions whether he can play outside. Cobb is expected to man the slot, so the best scenario for the Packers would be if one of their big, strong receivers — Adams or Janis — would grab the No. 3 job.

So far, Abbrederis has outplayed both of them and he’s better suited for the slot.

Although Adams has probably made more mistakes, Janis has done nothing this far to distinguish himself.

Another interesting note at receiver is this. Ty Montgomery is still listed as third team ahead of rookie Trevor Davis even though he hasn’t practiced in camp and probably won’t play for a while.

Offensively, perhaps the only other position to note is tight end. The No. 3 spot has Justin Perillo ahead of 2015 draft pick Kennard Backman and 2015 training camp darling Mitchell Henry. Perillo has been one of the bright spots of camp thus far and appears to have the inside track on that roster spot.

Defensively, the biggest position of note is inside linebacker. Despite not practicing in camp and missing 15 games in 2015, Sam Barrington is still listed with the No. 1 unit, along with Jake Ryan.

At this point, we all expect that job to go to rookie Blake Martinez, who is listed with the second team.

A similar scenario plays out on the defensive line.

Although he’s suspended for the first four games, Mike Pennel is a No. 1 at defensive end. First-round pick Kenny Clark, who is listed with the No. 2 unit behind Mike Daniels — is going to have to man that position. We don’t expect he’ll relinquish it either.

Also of note is Julius Peppers is still listed with the No. 1 unit. He has been running with the No. 2 unit in camp while Nick Perry gets the No. 1 snaps.

We expect that to continue in the regular season, with this just being a nod to Julius’ ego. 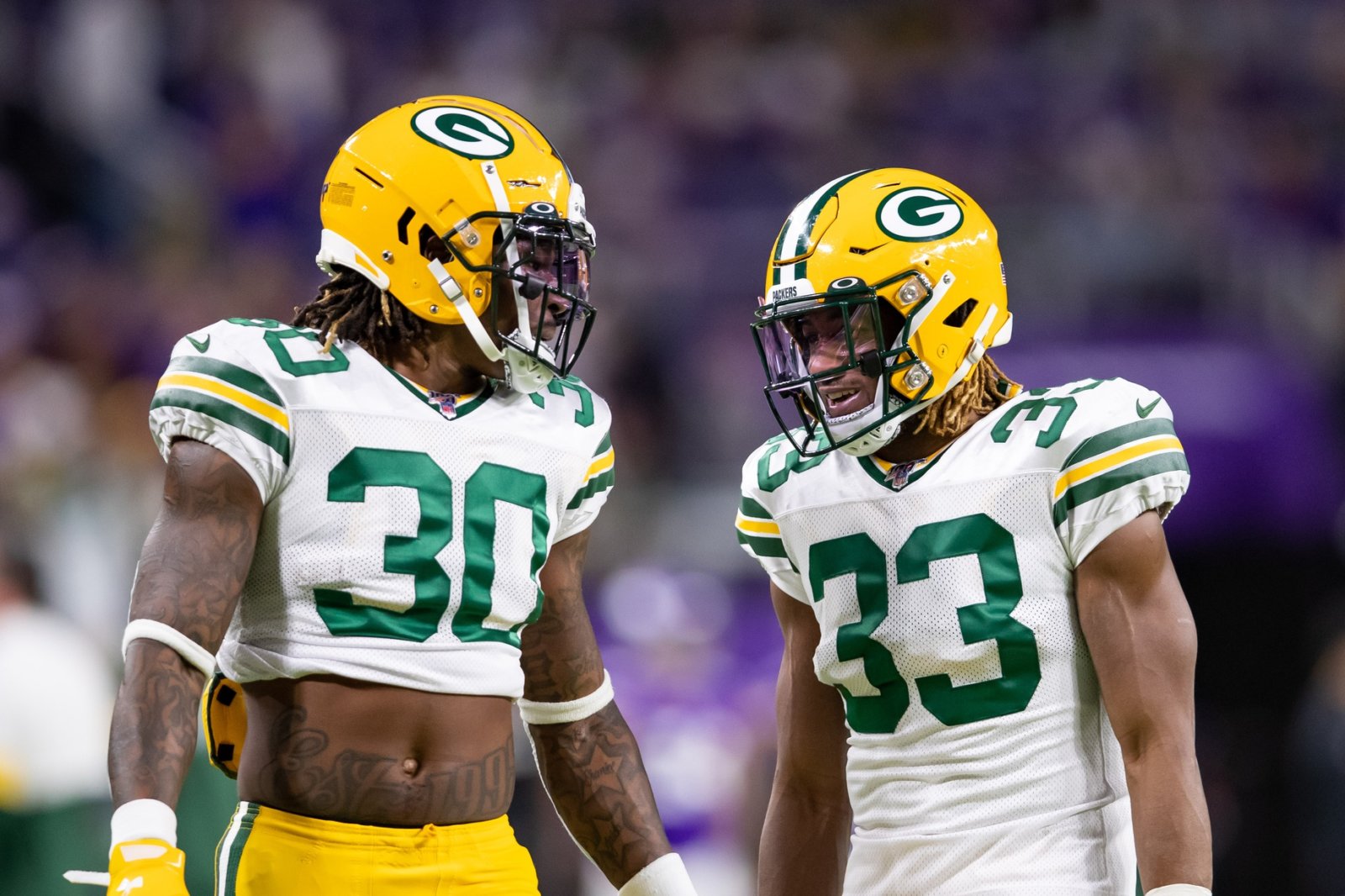