We were predisposed to assume Laquon Treadwell was turd. I mean, he got drafted by the turdiest organization in the known universe, the Minnesota Vikings, so he must be a turd, right?

It seems Treadwell, the Vikings first-round pick, doesn’t like the Vikings anymore than we do.

Actually… that’s not true, since our hatred for the Vikings and their shitbag, mouth-breathing, chili-stained fans has no equal.

But the point here is, Treadwell probably doesn’t think much of the Vikings. How else do you explain him wearing this Oakland Raiders hat? 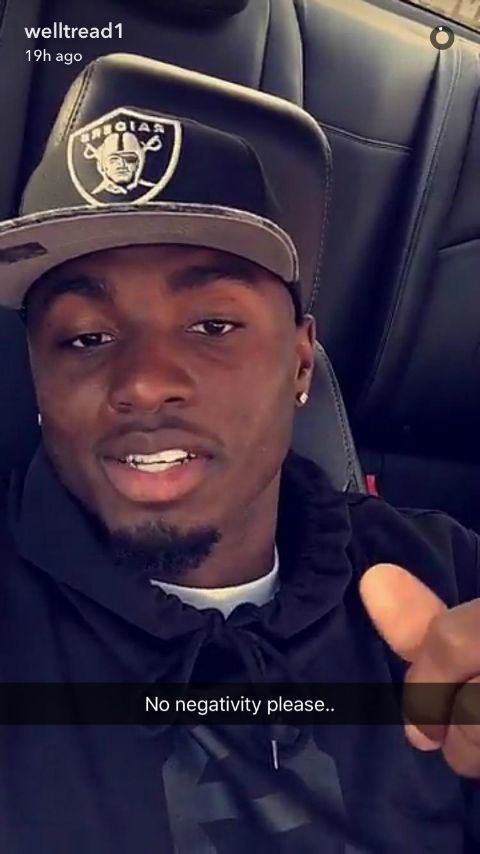 That happened earlier this week.

You know some Queens fans handled it REAL well.

@SuccessfulQuon Why wear the #raiders cap when your suppose to support the team who drafted you remember #vikings cmon Q.

Treadwell wearing a Raiders cap…isn't right with me ?

So what’s the deal?

Treadwell is from Chicago and played at Ole Miss. It’s not as if he’s repping the hometown with that Raiders hat.

You might recall, 49ers quarterback Colin Kaepernick was repping his hometown of Milwaukee when he caught hell for wearing a Brewers cap a few years back.

But Treadwell has no such excuse.

Maybe he just realized his talents are going to be wasted for the next five years because he’s going to have that puss-armed suckbag Ted Butthole throwing him the ball. Or trying to…