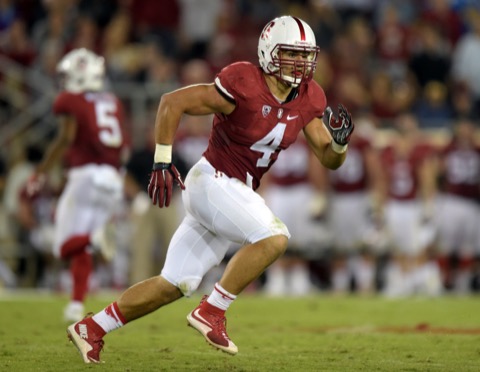 In drafting Stanford’s Blake Martinez in the fourth round, the Packers set themselves up for a three-man competition for two starting spots. Martinez will take on incumbents Jake Ryan and Sam Barrington. However, Martinez would seem to have an advantage, considering his extensive background as a coverage linebacker.

There is, of course, the option the Packers could use two of the three guys in their base defense and a different combination in their sub-packages. What would Packers coach Mike McCarthy prefer?

“It’s preferred,” McCarthy said. “You do what you have to do. We’re ready to play a game today with the men who have been here the past three weeks. Now we’ll include the young players we brought in here.”

That points to not a rotation of three guys, but to two regulars.

And that shouldn’t be a surprise.

The Packers used A.J. Hawk as a three-down linebacker for years, even though he was completely unequipped to perform in coverage. Last season, they primarily used Clay Matthews as that guy, even though he probably would have been better served rushing the passer on third down.

This season, well… at least the Packers will have some options.