Let’s Not Overlook Possibility Packers Have a New Punter 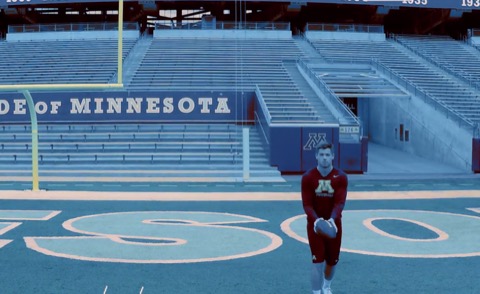 The Green Bay Packers’ PR department likes to point out that Tim Masthay set a team record for net punting average in 2015, with 40.2 yards per kick.

That is such because Masthay was crap in 2015.

Do you know why he set a team record for net average?

Janis turned into such a great gunner on punt coverage, he became almost entirely responsible for that stat.

That’s why they signed Minnesota punter Peter Mortell as an undrafted free agent.

Mortell was brought in to push Masthay and possibly take his job.

That latter scenario could play out if Mortell, a Green Bay native, is able to perform better than Masthay in the not-so-obvious categories.

Whoever the Packers’ punter is is going to have a great net, so long as Janis is playing special teams. What that guy needs to excel at is the field position game.

That’s why we cursed his ginger name so many times.

We’re not saying Mortell is going to take Masthay’s job. We will be pulling for him, though.

Not only is he a Green Bay boy, he’s entertaining.

This is the dude who made up a “holder of the year” award last season and gave it to himself.

"Your hands are too slow" they said.
"Your cadence has no rhythm" they said. This one's for the state of Minnesota. pic.twitter.com/HkgGRK0aL1

He also has enough accuracy to fuck up one of those annoying-ass drones. I mean, you can keep the Gophers women’s hockey team, but this is still pretty cool.

This dude is cut from our own cloth.