Your Latest Reminder of How Stupid the Media Is

You probably remember when Randall Cobb left the Green Bay Packers’ playoff loss to the Arizona Cardinals with a punctured lung. You also probably remember — if you weren’t too busy wallowing in your own self pity — that Cobb said the mic he was wearing was the reason he punctured his lung.

That happened back in late January (the game) and early February (the blame). All of it.

The game was played, Cobb got hurt, Cobb blamed the mic.

Yet, last week, the fact that Cobb blamed the mic for his injury was somehow a new story. 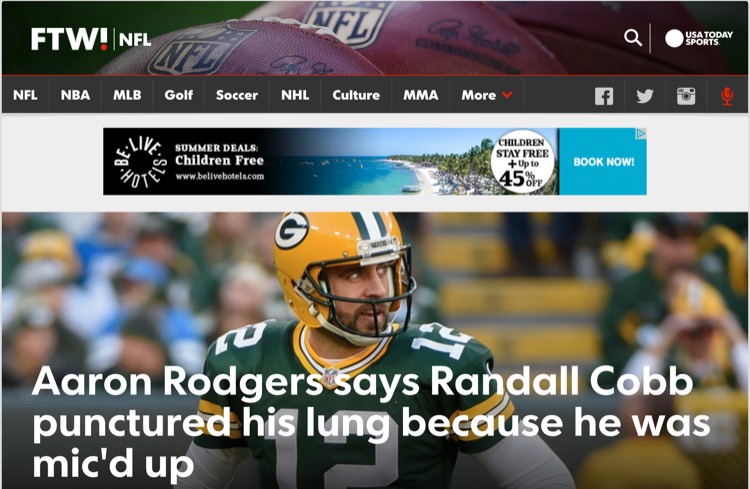 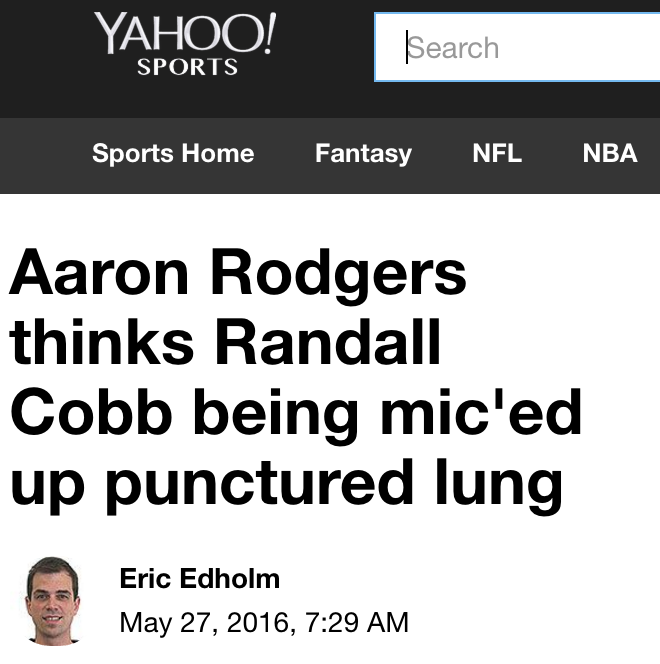 That’s Yahoo!, NBC Sports and USA Today getting in on regurgitating that story.

It also happened locally, but at least those clowns put a different spin on it.

You see, all of this came from Aaron Rodgers telling A.J. Hawk that he doesn’t like being mic’ed up. That the mic caused Cobb’s injury.

The couple local guys who re-wrote that story at least had the decency to present it under a different guise — that Rodgers thinks mics are intrusive.

The national outlets who regurgitated the story made no such effort. Apparently, it’s “news” because Aaron Rodgers said it.

You know, not the guy it actually happened to, because who cares about what he says? And who cares that you were more than three months late in writing it?

To be fair, not everyone got in on this ruse. Sports Illustrated and CBS Sports, as far as we’ve seen, didn’t enter the fray. Fox Sports and NFL.com put the “Aaron Rodgers doesn’t like being mic’ed up” spin on it like the local media did. The Sporting News fell in between, basically using a new/old dual headline.

My boy Tom Gimler had a theory about why this was happening. 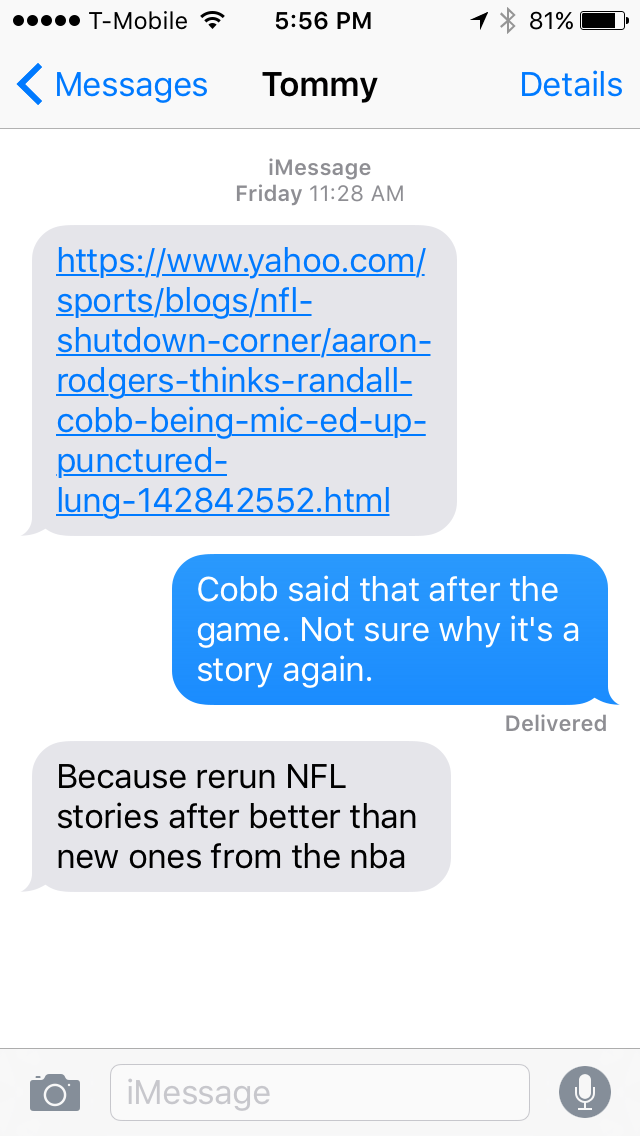 He’s a comedian though. Can’t turn it off.

I have another theory.

They don’t have any fucking clue!

They’ll just lap up whatever regurgitated bullshit we throw out there!

My theory is this is what most of the people in the media think.

Are we at Total Packers infallible?

But we try not to insult your fucking intelligence either.

It’s easy to pander to the lowest common denominator. It’s more lucrative too (keep that in mind if you like to complain about the ads on this site — we could have more traffic if we wrote for morons).

But at least we’ve all been reminded who does like to insult our intelligence, who does think we’re all idiots.

Aaron Rodgers Went To Better Memorial Day Party Than You

Aaron Rodgers Went To Better Memorial Day Party Than You