This just came across my desk and boy is it rich! Someone wrote a letter to the editor of the Milwaukee Journal Sentinel explaining how the Green Bay Packers are ruining football.

Specifically, they mentioned Aaron Rodgers and his hard counts and knack for drawing 12-men-on-the-field penalties.

THIS IS NOT FOOTBALL!

So says Richard Klatt of Big Bend, which is just southwest of Milwaukee.

Have a look at this piece of poetry. 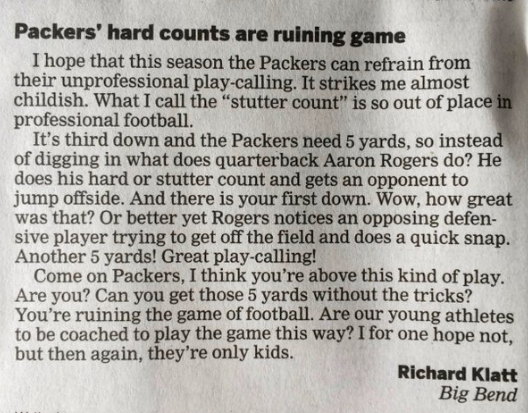 First of all, Klatt misspelled Rodgers as Rogers. Or maybe the Urinal Sentinel screwed that up.

Not sure what the protocol is for correcting someone’s shitty spelling in a letter to the editor.

However, I’m sure you’d agree, the blame for that one could go either way.

We’re not going to get into the validity of Klatt’s argument because it has none.

How about some Herm Edwards right here?

The real question is, who the hell is this guy?

We know one thing. He’s old.

Who writes letters to the editor? 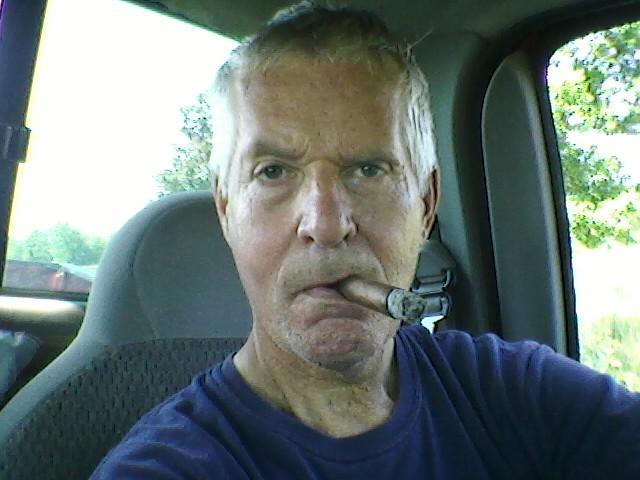 Now is that fucking perfect or what?

That should be the new photo for “pissed off old dude.”

Old Dickie is on Facebook if you want to look him up!