by Joseph Bonham
in Uncategorized
16 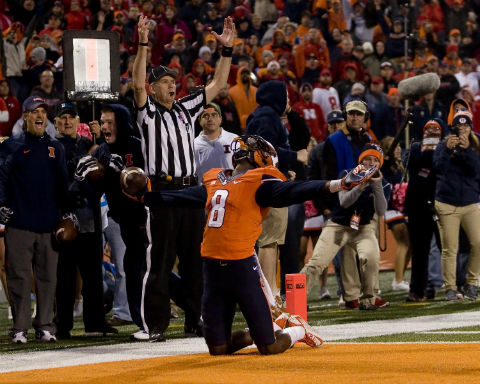 It’s always with some interest that we pore over this list of the Green Bay Packers undrafted free agent signings. The reason is simple.

At least one of these guys is likely to make the team. History tells us that.

Just last season, cornerback LaDarius Gunter and running back Alonzo Harris made the team out of camp. Harris was later released and replaced by another undrafted free agent on the roster — John Crockett.

The most famous name to rise from the ranks of undrafted free agents is cornerback Sam Shields, the team’s current No. 1. There have been many others, however, and that’s why the Packers typically have their choice among the undrafted.

Here is this year’s class.

Makinton Dorleant, cornerback, Norther Iowa (5-11, 177) — Had 47 tackles, one interception, 17 passes defended and three fumble recoveries as a senior. What do the Packers like here? Speed. Dorleant runs a 4.4 40. There are a number of stories circulating about how he got a personal call from Mike McCarthy urging him to sign with the Packers, so they must like him. Not enough to draft, but enough to get a personal call from Mike McCarthy.

Geronimo Allison, receiver, Illinois (6-3, 196) — What’s not to like about a guy named Geronimo? He’s a long strider with speed. He also has the ability to high-point passes. So, think of the opposite of Davante Adams in terms of skill set. Allison spent two years at a junior college, but was an impact player for the Illini. He caught 41 for 598 and five as a junior and 65 for 882 and three as a senior. The knocks are, despite his speed, he can’t seem to separate from coverage down the field and he has an issue with drops. In other words, he might be exactly like Davante Adams.

Joe Callahan, quarterback, Wesley College (6-1, 216) — Here’s your potential developmental quarterback. Wesley is a Division III school in Delaware. Callahan threw for 5,068 yards and 55 touchdowns there, last season. Those totals are intriguing, but it will obviously take Callahan a while to adjust to the speed of the NFL game. The Packers were in regular contact with this guy leading up to the draft, so they clearly wanted him pretty badly.

Peter Mortell, punter, Minnesota (6-2, 194) — Competition for Tim Masthay? Competition for Tim Masthay (and it’s about time). Mortell, who is from Green Bay, had a 44.0 yard average at Minnesota and a 43.4 average as a senior. He was named punter of the year in the Big 10 in 2015 and has the best career average in Gophers history. It will also be a help that he’s punted in the cold.

Devonte Robinson, receiver, Utah State (6-1, 188) — Robinson played two years at Utah State and totaled 44 receptions for 552 yards and four TDs. That’s in the two seasons combined, so not a lot of production. The Packers like that he ran a 4.32 40.

Manoa Pikula, inside linebacker, BYU (6-1, 235) — Pikula wasn’t even a full-time starter as a senior. He played in 11 games, but started only five. He still had 55 tackles and two sacks. His 4.57 40 times likely helped him get a deal. That time makes him the fastest inside linebacker currently on the Packers’ roster. He may have a better shot than most of making the team just based upon the Packers’ lack of depth at the inside backer position.

David Grinnage, tight end, North Carolina State (6-5, 265) — Talk about a big tight end, here you go. If this guy has any speed or ability, he certainly has the body type the Packers covet. Grinnage came out after his junior season and went undrafted. Had 67 receptions, 798 yards and nine touchdowns in his college career. He went for 25, 290 and three in 2015. Before you get too excited about this guy, he is said to lack speed and athleticism, so he could be just another big body.

Beniquez Brown, outside linebacker, Mississippi State (6-1, 229) — Here’s another guy who left after his junior season and went undrafted. Had 93 tackles, including 10 for loss and four sacks in 2015. That is literally a ton of tackles for an outside linebacker. Why didn’t Brown get drafted?  There are some questions about his quickness and so forth, but look at his size. At 229, he’s closer to a safety’s ideal weight than he is to an outside linebacker’s.

Don Jackson, running back, Nevada (5-10, 210) — The Packers actually had Jackson in for a pre-draft visit. We wondered what they liked about him then and we’re still kind of wondering now. Jackson ran 229 times for 1,082 yards and eight touchdowns in 2015.

Tyler Kuder, nose tackle, Idaho State (6-3, 307) — This guy looks like he was a beast as an interior lineman. Kuder had 92 tackles, 11 tackles for loss, 3.5 sacks and two forced fumbles in 2015. Those numbers, especially the tackles, are impressive for a nose tackle.

Brian Price, nose tackle, Texas-San Antonio (6-3, 305) — Recorded 33 tackles and a sack in 2015. Doesn’t appear to be particularly strong, fast or productive. He does have the right body type to potentially be a defensive end in the 3-4 someday.

Reggie Gilbert, outside linebacker, Arizona (6-4, 260) — Had 41 tackles, 8.5 tackles for loss and 3.5 sacks as a senior. Gilbert played primarily as a defensive end in college, but is too small to play that role in the NFL. He actually started dropping weight after the season, anticipating he’d have to convert to OLB in the pros. He’ll be given that shot, like so many before him, with the Packers.

Warren Gatewood, cornerback, Alcorn State (6-0, 193) — Somehow, there is almost no information or statistics available for this guy. The guys at the Press-Gazette don’t even know his name, referring to him as Brandon. We can tell you he had three picks last December against Grambling State in the SWAC championship, one of which he returned for a score.

Kentrell Brice, safety, Louisiana Tech (5-11, 201) — Brice had 60 tackles and one interception as a senior. He had 86 and two as a junior. Ran a 4.4 40 and has a 42-inch vertical. Brice appears to be a hell of an athlete, but he wasn’t able to showcase that for anyone. He wasn’t invited to the combine or any of the all-star games. Brice could really be a find.

Unraveling the Mystery of the Trevor Davis Pick

Unraveling the Mystery of the Trevor Davis Pick