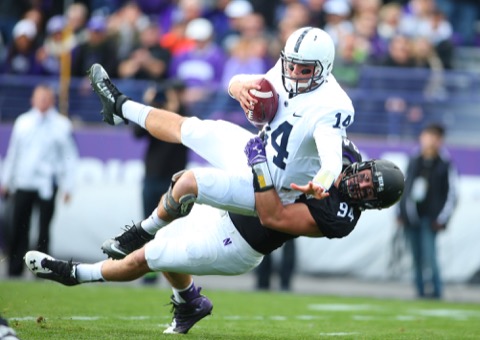 The Green Bay Packers now officially have two draft picks under contract. The second one is fourth-round pick Dean Lowry.

Lowry is the defensive end from Northwestern.

In fact, as we’ve pointed out before, Lowry is one of the only legitimate 3-4 defensive ends on the Packers’ roster. Their defensive line is largely made up of interior defenders who are sometimes asked to play end.

Will that make a difference for Lowry?

We’ll see. He wasn’t a productive pass rusher in college and is known as a “motor” guy, which is a nice way of saying, “lacks talent, but tries really hard.”