Aaron Rodgers is the King of the “Stutter Count”

We’re not sure this is an official stat, but it probably will be soon. Can never have too many of those, you know.

Now that we’re all aware of how Green Bay Packers quarterback Aaron Rodgers and his “stutter count” are ruining the game of football, ESPN had to actually compile a graphic of which quarterbacks drew the most offsides penalties in 2015.

And, of course, Aaron Rodgers… 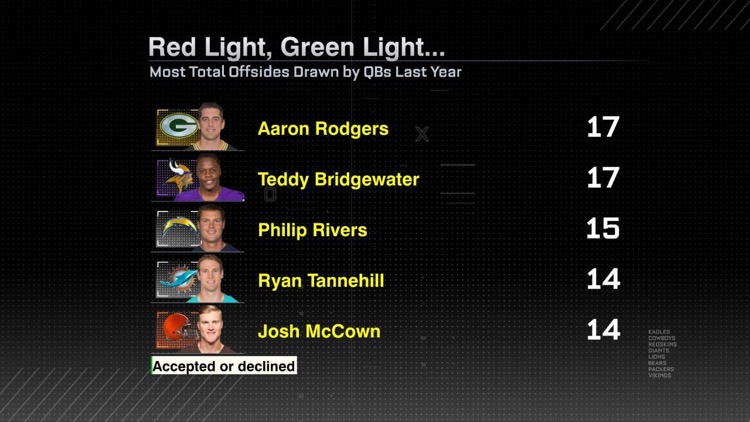 But look at that. Ted Butthole is right up there.

We now know the one thing Ted Butthole is good at!