by Joseph Bonham
in Uncategorized
13 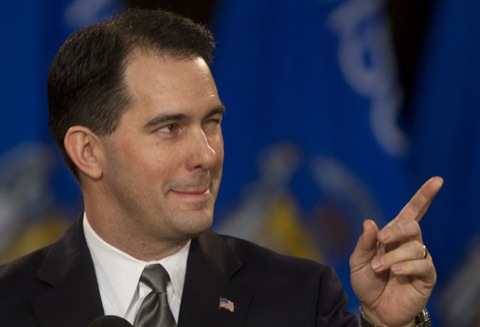 We’re not going to get into about this guy. We’re just going to tell you that Wisconsin Governor Scott Walker just compared himself to Aaron Rodgers AND Brett Favre.

Walker was responding to a question about Donald Trump.

The Republican frontrunner apparently criticized Walker when he was campaigning in Wisconsin. To Walker, that’s just like criticizing any number of great Green Bay Packers quarterbacks.

“There’s no doubt about it,” Walker said. “It would be like coming into Lambeau Field and taking a whack at not only Aaron Rodgers… but at someone like Brett Favre as much as some of us were frustrated when he went to the Vikings, in the end he’s still a Packer, we still love him.”

“That would be like coming in and somehow attacking Brett Favre in Lambeau Field in Green Bay, that just would not have worked.”

So that explains why Trump lost to Ted Cruz in Wisconsin.

At least in his own mind.