Reggie Ragland Has an Enlarged Aorta 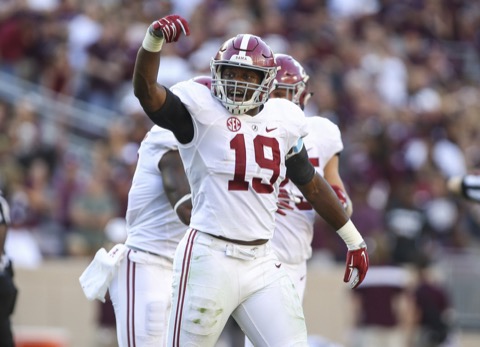 Is Alabama inside linebacker Reggie Ragland the pick for the Green Bay Packers at No. 27?

A lot of people seem to love that idea, but there’s now at least a slight medical red flag.

According to seven teams, #Bama LB Reggie Ragland's enlarged aorta is not expected to alter his football career. He just must watch it close

What does that mean?

Well… “aneurysms are a concern because they weaken the wall of the aorta.”

That comes from the University of Michigan’s Frankel Cardiovascular Center.

Ragland probably isn’t at high risk of an aneurysm because he’s young, athletic and, we presume, doesn’t smoke.

At the same time, just because other teams have concluded Ragland isn’t a medical risk, doesn’t mean the Green Bay Packers have drawn the same conclusion.

The Packers have been known to err on the side of caution when it comes to injuries and medical conditions.

When it comes to Ragland, we’re frankly more concerned with whether he can cover.

But with this new information, would you pick him if he’s on the board?

Aaron Rodgers Says He Gets Nostalgic About the Draft