Packers will Supposedly Be Happy with Eddie Lacy 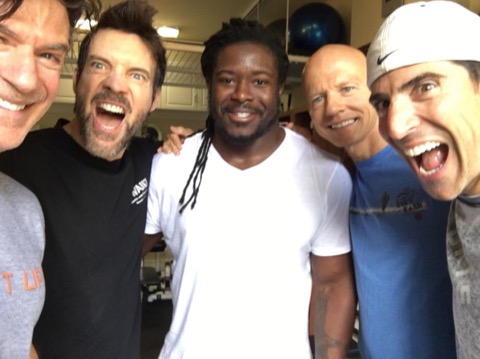 You’ve all seen the photos and videos. Eddie Lacy has popped up here and there this offseason looking trim and fit.

That was the directive Green Bay Packers coach Mike McCarthy — who knows a few things about putting on weight — gave Lacy when the season ended.

It certainly appears Lacy has and those around him reportedly believe the Packers will like what they see when their offseason program begins next week.

“I know the people around Eddie Lacy really feel like the Packers are going to be happy with what they see when Lacy reports for the offseason program next week,” NFL Network’s Albert Breer said.

Breer also described Lacy’s transformation as a “remarkable” redistribution of weight from his gut to his shoulders and arms. You saw some of that earlier this week, when Lacy was spotted at LAX wearing a tank top.

These weight — or lack of motivation — issues landed Lacy in McCarthy’s doghouse for much of the 2015 season. Although he still managed to average 4.1 yards per carry, Lacy had career lows in carries (187) and rushing yards (758).

Expect this year’s new-and-improved Lacy to be a much larger part of the offense.

Nate Palmer was Just as Befuddled as We Were

Clay Matthews Made the Wall

Clay Matthews Made the Wall