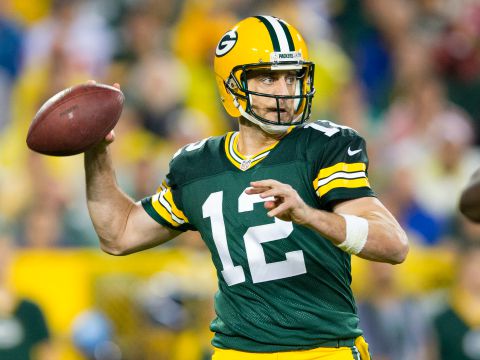 That’s about the most accurate (or nicest) thing you can say about it.

Particularly interesting is the week 4 bye. That gives the Packers the first and earliest bye on the slate. That could be seen as a negative for a team that is consistently injured more than most.

In theory, at later bye allows a team to get at least somewhat healthy for the stretch run and/or the playoffs.

That’s not the only strange part, though. Just the most notable.

Fortunately, the guys who have to live with this schedule aren’t too concerned. The general consensus among the Packers appeared to be either “the schedule is fine,” or “meh?”

I like our schedule. I love our fans. Cant wait to see you all at Lambeau and on the road, it's gonna be a fun ride! #PackerNation

For sure a little different but I like it! https://t.co/BiiG65AiB0

No gripe about it.. It is nice to have our Thursday game at home though. https://t.co/mjv9NoOm7C

The bye week is always nice.. But is a lot better around mid season. No big deal though. https://t.co/X28Nnq8PCB

Nothing for us to be concerned about then, right?

Previous Article
Wrong. Packers Start with Jags on Bizarre Schedule
Next Article
Why the 2016 Green Bay Packers Schedule is Horseshit