Packers Got on the Moritz Böhringer Train 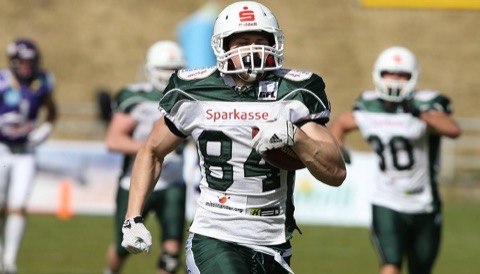 We’ve been hearing quite a bit about receiver Moritz Böhringer lately.

The buzz is understandable. Here’s a guy who played in the German Football League, so NFL types really know nothing about him. Everyone got their first look at the guy during Florida Atlantic University’s pro day at the end of March and he definitely passed the eye test.

Naturally, the Packers — who need another receiver like I need a hole in the head — brought Böhringer in for a pre-draft visit. It was one of eight visits Böhringer will take.

The funny thing is, the Packers already have a non-German version of Böhringer on the roster.

His name is Jeff Janis.

And what do you know about Jeff Janis? You know he never gets on the field on offense because either, A. the Packers system is just too complex for the dim-witted Janis to master, B. he hasn’t been given the much-coveted, but nearly impossible to attain Aaron Rodgers’ trust nod, C. Mike McCarthy and his wide receivers coach don’t do their jobs very well or, D. some combination of or all of the above.

Well, it looks like they put Janis on the field against the Lena Wildcats.

Basically, the plan here appears to be — just get Böhringer the ball. He’ll probably score!

That’s not going to fly in the NFL. And even if it had a chance of flying, the Packers would refuse to do it. We know because they refused to put Janis in a position to succeed in 2015.

Why they would suddenly want to adjust their scheme to take into account the strengths of the players, we have no idea. We do things one way in the Packers’ offense — Mike McCarthy’s way. Personnel be damned!

Seriously, while he has the tools, Böhringer is going to take longer to adjust to the NFL than Janis has. We’d be surprised if he were drafted at all. We’d be doubly surprised if he made an opening day roster.

Böhringer is a developmental prospect who probably needs at least one season on a practice squad.

While there’s nothing really typical about this guy, one thing is typical. This is exactly the kind of player the Packers always use their pre-draft visits on — late-round and likely undrafted prospects.

Ted’s gotta mine for those gems that MIGHT be able to contribute in four years!