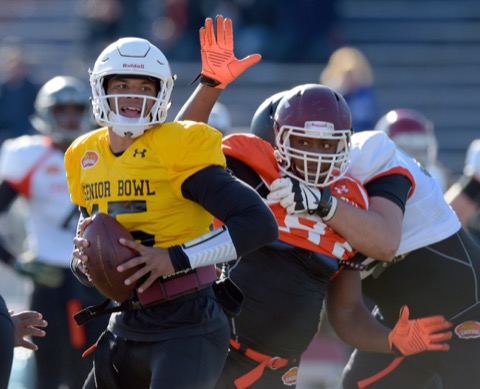 It’s always interesting to see who the Green Bay Packers bring in for their pre-draft visits. This year, the list is more interesting than most.

The Packers, like all teams, are allowed 30 pre-draft visits. They don’t announce them, but we’re able to come up with a pretty good list because players and agents usually let the cat out of the bag.

The thing you’ll notice with the Packers’ pre-draft visits is they consistently bring in guys who are late-round prospects and potential undrafted free agent signees. In fact, there have been years under Ted Thompson when those type of players are all the Packers have brought in.

In 2015, all of their pre-draft visits were those types of guys, with the exception being Baylor quarterback Bryce Petty, who was pegged as a likely third-rounder, but ended up going to the Jets in the fourth.

This year’s pre-draft visits vary only slightly from that formula. We’ll note them in the list.

Robby Anderson, WR, Temple (6-3, 190) — Had 70 receptions for 939 yards and seven touchdowns in 2015. Ran a 4.34 40. The Packers are going to be looking to acquire at least a couple receivers as late-rounders or undrafted free agents. They want bodies for the scout team. Late-round pick or undrafted free agent.

Moritz Boehringer, WR, Germany (6-4, 227) — Had 59 receptions for 1,232 yards and 13 touchdowns for the Schwäbisch Hall Unicorns of the German Football League. We’ve talked about the level of competition he faced. Boehringer is a project, but his ceiling is high. There’s a lot of hype here as well, with some projections saying he could go in the fourth round. We’re not buying that. This guy could take years to adjust to the speed of the NFL. Mid-to-late-round pick.

Kevin Byard, S, Middle Tennessee (5-11, 216) — Byard was a four-year starter with 312 total tackles and 19 total interceptions. Ran a 4.44 40. The Packers could be considering him as a hybrid safety/linebacker. Byard can obviously cover and he’s a solid tackler. If he could add 20 pounds, that might solve the third-down inside linebacker problem. Late-round pick.

Devin Fuller, WR, UCLA (6-0, 194) — Interesting guy here. Came to UCLA as a four-star quarterback recruit only to find that job firmly in the hands of current Packers backup Brett Hundley. Fuller was athletic enough to switch to receiver and ended up playing his four years there. Only played seven games as a senior because of injuries and had 24 catches for 259 yards and three TDs. Plenty of speed (4.39 40, 24.2 on kick returns as a senior). Undrafted free agent.

Alex Lewis, OT, Nebraska (6-6, 312) — Lewis started every game for the Cornhuskers at left tackle the past two seasons. He’ll likely end up as a right tackle in the pros due to his lack of quickness and athleticism. The Packers need some backup reinforcements on the line and possibly see Lewis fitting that role. They surely also wanted to talk to him about the 2013 assault case that landed him 45 days in jail and two years probation. Late-round pick.

Roy Robertson-Harris, DE, UTEP (6-7, 255) — You can take a look at Robertson-Harris’ size and know what the Packers would do with him. Convert him to an outside linebacker. Robertson-Harris is very athletic and has potential as a pass rusher, but that didn’t equate to production in college. He had 51 tackles and just 2.5 sacks in 2015. He looks the part, but it isn’t clear if he can play the part. Late-round pick.

Noah Spence, OLB, Eastern Kentucky (6-2, 251) — Here’s a guy you can get excited about. He was first-team All-Big Ten as a sophomore at Ohio State in 2013. Then things went sideways. He failed two drug tests — for ecstasy, no less — was banned from the Big Ten and transferred to Eastern Kentucky. Spence could have entered the 2015 draft, but decided to prove himself with another year of college. He racked up 22.5 tackles for loss and 13.5 sacks last season. If his head is on straight, and it now appears to be, Spence is legit. First or second round.

Nick Vannett, TE, Ohio State (6-6, 257) — Vannett is the other anomaly on this list. His stats won’t wow you — 19 catches, 162 yards as a senior. However, he’s still considered a good prospect. Vannett appears to have the tools to develop into a legit NFL tight end, but suffered from Ohio State not being interested in throwing the football to the tight end. At least that’s the story. Vannett is not fast, having run a 4.85 40. However, he’s likely more refined as a blocker than most college tight ends, since that’s pretty much all he’s ever done. The Packers could certainly use a tight end who can block. Mid-round pick.

Don Jackson, RB, Nevada (5-10, 205) — Ran 229 times for 1,078 yards and eight touchdowns in 2015. There is literally no buzz about this guy and there’s very little information available on him. He ran a 4.5 40, which isn’t terrible, but he clearly isn’t the change-of-pace burner the Packers could really use to compliment the plodders they have. It’s unclear why the Packers would be interested in Jackson. Undrafted free agent.

Bronson Kaufusi, DE, BYU (6-6, 285) — Kaufusi could actually legitimately play defensive end in the Packers’ 3-4. He has the body type to do so. On the flip side, he’s also played standing up. That gives whoever drafts Kaufusi options and we know the Packers love versatility. Kaufusi had 20 tackles for loss and 11 sacks in 2015. Mid-to-late-round pick. 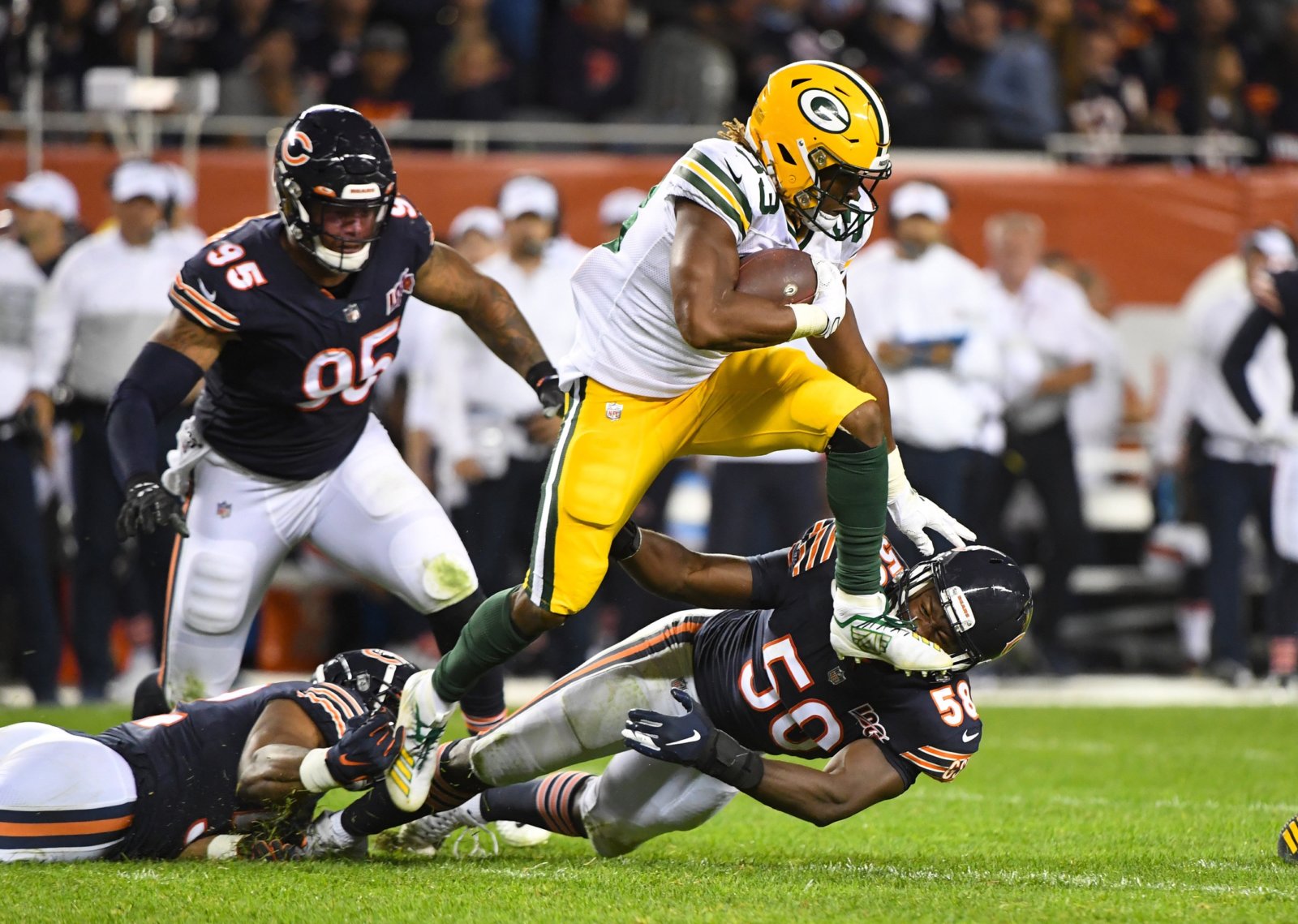