Datone Jones on the Genius of Aaron Rodgers 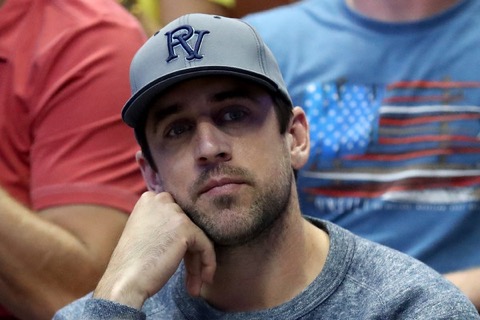 Green Bay Packers outside linebacker Datone Jones made a stop at NFL Network earlier this week, where he discussed the genius of quarterback Aaron Rodgers, among other things.

Jones was asked to describe what Rodgers is like and he focused on the quarterback’s intelligence.

“He is a genius. He’s a smart guy. You saw last year he won Celebrity Jeopardy!. That’s who he is in the locker room. He’s a guy that’s going to challenge you mentally. He’s the biggest conspiracy theorist,” Jones said.

It’s not a huge surprise that a teammate would describe Rodgers in such a way. He’s obviously an intelligent guy.

We’ve never heard him referred to as a genius, however.

Jones also talked about the evolution of the Packers as a team, with the defense leading the way in 2015. Of course, he made sure to come back and praise Rodgers at the end of his statement.

“For a long time the offense has carried us in Green Bay. We’ve had some pretty good defenses, but we haven’t had that defense that was game changing. Last year was the first time you saw us in Green Bay where our defense kind of led the charge and our offense had to kind of take a back seat. … We’re excited. We have a pretty good team and I’m excited to see where we are next year. Aaron Rodgers, he’s excited. He’s licking his chops.”