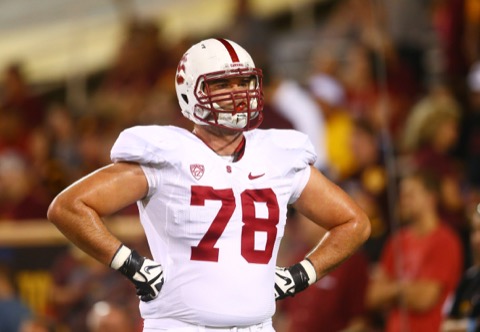 We knew the Green Bay Packers were serious about addressing their offensive line when they traded up for Jason Spriggs in the second round. Stanford tackle Kyle Murphy, who the Packers tabbed with their sixth-round pick, is a bit more of a typical Packers’ selection.

Murphy actually looks like a high-upside player and there’s a lot to like. However, the downside — and the reason he was available in the sixth round — is obvious.

Murphy needs to get stronger and that likely means he’s a year away from competing for a starting job. He also appears to be a man without an NFL position. He isn’t quite athletic enough to play left tackle in the pros and isn’t yet strong enough to play right tackle.

The Packers could very well be looking at Murphy as a guard or, perhaps with a year in the weight room, the eventual replacement for Bryan Bulaga.