by Mordecai Jones
in Uncategorized
32 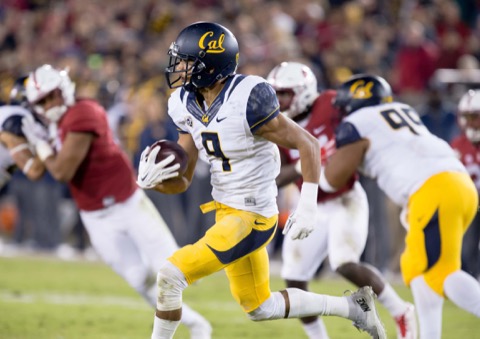 Well, here’s that receiver the Green Bay Packers really, truly need. He is Cal’s Trevor Davis and the Packers chose him with their lone fifth-round pick.

Davis (6-1, 188) had 40 receptions for 672 yards and two touchdowns in 2015. He’s not considered an NFL-ready receiver, although he could step in in the return game. Davis owns a 24.7 career average on kick returns and has two touchdowns. As a punt returner, he has a career average of 8.2.

Unless the Packers see Davis as some sort of potential hybrid receiver/running back, we really don’t get this pick.

As we’ve been over numerous times, the Packers are six deep at receiver without Davis. They also have plenty of options on returns with Ty Montgomery, Jeff Janis, Randall Cobb and Micah Hyde.

Davis ran a 4.42 40, which is nice, but again, where does this guy even have a potential role on the team?

We could certainly make a case for the Packers needing a couple receivers on the practice squad in order to properly operate the scout team, but why would you spend a fifth-round pick on that?

But hey, the kid can fly. Let’s make him a third-down back!