Why the 2016 Green Bay Packers Schedule is Horseshit

by Mordecai Jones
in Uncategorized
22 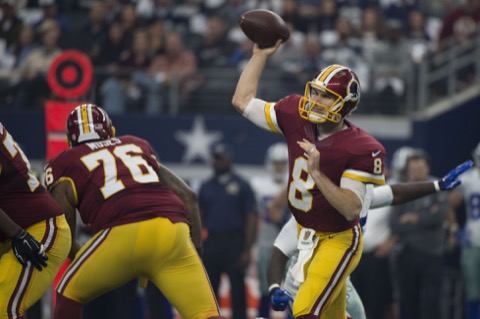 Boy, the NFL really decided to bend the Green Bay Packers over and fuck them real hard right in two hole this year.

We can just see the Ginger Hammer giddily pounding away with his wee two-incher.

The players aren’t complaining about the schedule because, well, they’re getting paid millions of dollars regardless. The schedule sucks ball sack for the fans and, we imagine, the coaching staff because of the way it’s set up.

Let’s recount the absurdity of it all.

The Green Bay Packers typically get a high-profile matchup in week 1. Why? Because they’re the Green Bay Fucking Packers, the cream of the NFL crop, the most storied franchise in all of football. What do they get this year? The NFL’s shitty JV squad, the Jacksonville Jaguars.

With obvious top-shelf matchup possibilities available — Seattle, Washington, even the New York Giants — the league decides to go with Jacksonville. Clearly, this was done as a reward for the Jaguars, probably for agreeing to play in London every season.

No one gives a shit about the Jaguars. Not even people in Jacksonville. With the Packers in town, this will be a rare sellout home game for the Jags. It will also shine a national spotlight on the team, albeit briefly.

That does nothing for us though, does it? On the bright side, at least the Packers are guaranteed to start 1-0.

And It’s a Road Opener

Yes, the Packers will travel to Jacksonville to open the season. Half the league starts on the road every season, but the Packers will now have done so for the fourth year in a row. You would think that starting the last three seasons on the road would have been enough to the satisfy the NFL. That maybe that earned the Packers the right to start their season in Lambeau Field in 2016.

NOPE! You will start on the road again and you will fucking like it!

And the First Two Are On the Road

We knew the Packers would be playing the shitbag Queens in week 2 to open the shiny new Hormel Chili Dome. Teams that build new stadiums — especially when they rape local taxpayers — pretty much get whatever they want from the league.

You want a Super Bowl? Sure! Done!

You want to bury some bodies under that motherfucker? Fuck it! Go ahead! We’re not looking!

You want to open with the Green Bay Packers? Sure! Fuck them! You got it!

Two road games for the Packers to open the season. That has not happened for 92 years. Ninety-two fucking years!

But hey, this is our lucky year.

Each season, the NFL starts their bye weeks in week 4. When do the Packers get their bye this year? Week 4.

This is significant for one reason. The Packers are like a goddam M.A.S.H. unit every year. Injuries pile up. The longer the season goes one, the more injuries there are. Typically, the bye week is a great time for guys to rest and get healthy for the stretch run.

Pretty simply, early bye weeks should be the domain of teams who have no chance of going to the playoffs. Perennial contenders should all get late bye weeks, so their teams are in the best shape for the playoffs.

You want your best product on the field when everyone is watching, don’t you NFL?

Of course, being healthy for the playoffs is impossible when your bye week is the earliest possible date on the schedule.

No one is going to be dinged up in week 4. Thus, the benefits of the bye week will be moot for the Packers this year. Instead, they’ll be playing at least 13 consecutive weeks of football. Injures be damned!

Last time we looked, this wasn’t the NBA. It wasn’t MLB. It was the goddam NFL, where teams don’t go on three-game road trips. Oh, unless you are the 2016 Green Bay Packers!

The league has basically tilted the odds in favor of the opposition. Maybe not the first game at Tennessee, but definitely the final game of the trip at Washington, which will probably also be the toughest matchup for the Packers.

By comparison, the Packers played no more than two consecutive road games before returning to Lambeau Field in 2015.

It’s also worth noting that the Washington game is slated for Sunday Night Football. Do you think the NFL is interested in perhaps evening out the playing field by putting one team at a disadvantage there? Perhaps manufacturing an upset for their national TV audience?

That would be crazy. Right?