by Shawn
in Uncategorized
11 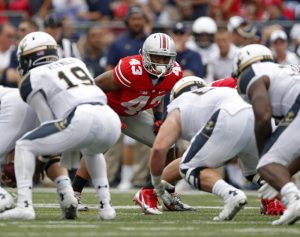 The 2016 NFL Draft is now less than 20 days away. That over-commercialized and over-analyzed blowfest starts on April 28th and runs three days or until eternity, whichever seems longer.

As we start our draft preparation for another year, we have to sort of start with the obvious, but by getting that out of the way, we’ll set the table for the deeper analysis later.

The obvious I am referring to is the approach to this year’s draft and the areas of need that are likely to be addressed.

You might notice that other than tight end and cornerback, those areas of need are largely the same as they were last season.

If we were to take a glass-half-full approach, then we would remember that the safety position was a debacle until the drafting of Ha Ha Clinton-Dix and Micah Hyde two years ago turned it into a position of strength. The position of cornerback was an apparent weakness last offseason until the draft turned that into an area of strength.

If Ted Thompson can now do the same with the inside linebacker position, the Packers may finally have a championship caliber defense.