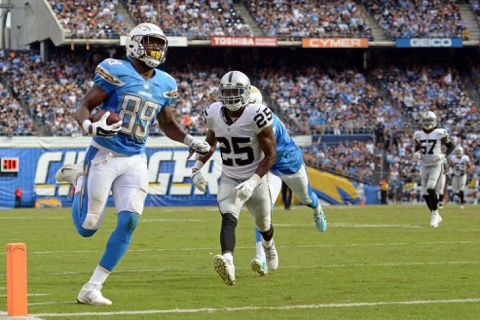 The Green Bay Packers and Pittsburgh Steelers have a lot in common.

The primary similarities that most people think of are the teams’ rich traditions and passionate fan bases. The other thing the Packers and Steelers have in common are how they do business.

Both teams build primarily through the draft. Thus, both teams spend little to nothing on unrestricted free agents.

In fact, the Steelers are actually the one team that has handed over less guaranteed money (since 2011) to free agents than the Packers.

You could say Pittsburgh general manager Kevin Colbert runs his football operation very similar to how Ted Thompson runs his.

There’s one glaring difference though.

Colbert will actually use free agency to improve his team if he believes the right player is available for the right price. He did exactly that when he signed free agent tight end Ladarius Green for four years and $20 million.

The Steelers needed a tight end with Heath Miller’s retirement and they weren’t willing to wait around until the draft to find that guy — a guy who likely would contribute next to nothing in 2016 anyway.

The Packers found themselves in a similar situation. The worst position on their roster is tight end and yet, they decided to sit the first week of free agency out.

The Steelers went and signed the top tight end on the market. A guy who’s 25 and can stretch the field. The type of player that is exactly what the Packers need.

This wasn’t a case of salary cap money to burn.

The Steelers had less than $10 million in cap space when the league year began. That put them very near the bottom of the NFL in that category.

The Packers had around $20 million to work with.

The Packers still have around $15 million to work with after re-signing linebacker Nick Perry, while the Steelers only have around $5 million.

The Steelers are likely done with free agency, but they’ve filled their biggest need without breaking the bank.

Exactly what the Packers should have done.

So Pittsburgh gets better and Green Bay just stays the same.

Previous Article
So Long, Scott Tolzien
Next Article
Who We Like in Phase Two of Free Agency