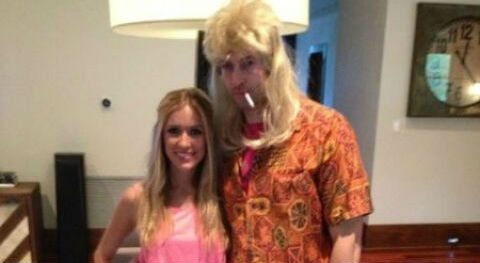 It’s been a long time since we’ve talked about our No. 1 boy, Cutty! What do you think Cutty! has been up to?

Oh, no. Cuts McGuts has been bangin’ away on Kristin. Those two now have three kids. Three kids who are without a doubt destined for greatness!

But Kristin says there shall be no more Cutty! spawn. She says the old Cutster is going to get snipped.

“My philosophy is: (women) have to push the babies out. We are the ones that have to go through everything, so you can do one little thing and get snipped,” Cavallari told Maria Menounos.

If anything, the world needs more Jay Cutler, not less!

The greatness of the Cutty! must be shared with generations to come. DO NOT DEPRIVE US OF MORE CUTTY!

In more Cutty! news, someone out there is comparing Cal QB prospect Jared Goff to our man Cutty!

“I’m just not crazy about him, not at all. He doesn’t win. Show me a quarterback who didn’t win in college, that did well up here? There aren’t many. To me he’s another Jay Cutler. And you can take that any way you want.”

When the gods handed down greatness in quarterbacking, they handed it only to one man.