Packers Have Outdone Themselves with Ray Drew Signing 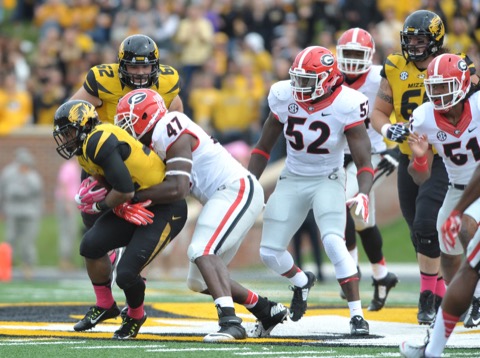 Big Ted you sly devil! Outsmarting everyone once again with your cunning and brilliance!

That free agent signing we’ve all been waiting for the Green Bay Packers to make? Here it is!

It’s Ray Drew, a defensive end who played at Georgia. Drew was… wait for it… an undrafted free agent in 2015. He spent time with both the Miami Dolphins and Cleveland Browns in 2015.

He was cut by the Dolphins before the season began and then spent four games on the Browns practice squad.

And you know if you can’t stick on the Browns practice squad, it’s probably just an oversight on the Browns’ part…

We’ve got ourselves a steal here, folks!

So what will Drew bring to the Packers?

He’ll bring a body that will be released on or before final roster cuts.

This signing is reminiscent of such other amazing Big Ted moves in terms of impact, as signing Duke Preston or K.C. Asiodu.

The kind that pushes your team right over the top for that elusive Super Bowl championship.

That’s right boys and girls! The Green Bay Packers are winning the Super Bowl this season!

And when it’s all said and done, you’ll look back to this day and say to yourself, “I witnessed genius, when I watched Big Ted sign Ray Drew.”

Perry Has One Million Reasons to Stay Healthy