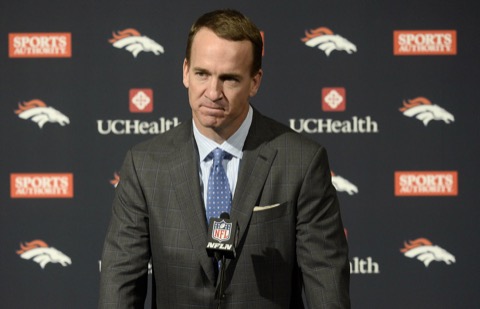 We reacted to Peyton Manning’s retirement yesterday with a whole lot of Manningface.

Manning officially called it career on Monday, when he gave his farewell press conference in Denver. Manning played the Green Bay Packers four times in his 18 NFL seasons. He won two and lost two, throwing for a combined 1,256 yards, eight touchdowns and four interceptions.

Although Manning wasn’t a regular opponent, many current and former Packers reacted to Manning’s departure from the game on Monday. Here are some of those reactions.

This speech is giving me some serious goosebumps!!

Congrats!! Peyton! You were the smartest player to ever play the game!!

I'm very thankful to have gotten the opportunity to play against a role model, leader.& legend #Salute #PeytonManning

Congratulations to my friend Peyton Manning on a awesome career.The @NFL will miss you.I'm glad I had the honor to play against you.@ESPNNFL

And with that, Jayrone Elliott wins the day!