One Guess Who Ditka is Voting For 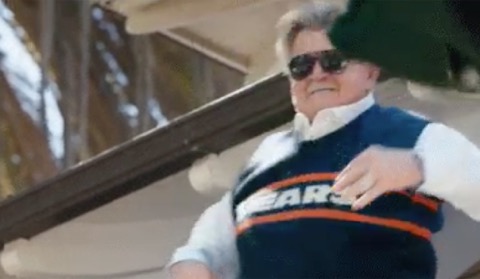 Politics wore out their usefulness for me a long time ago, so don’t mistake this as some attempt to get political. We just think you should know who you’re throwing in with if you vote for one candidate or another.

If you guessed Donald Trump… well, there was really no one else to guess, am I right?

Of course Ditka is voting for Trump!

Together, the two of them would really make America great again.

Not coincidentally, both men had their heyday in the 1980s. And that’s really part of the reason Ditka is voting for The Donald.

“Obama’s the worst president we’ve ever had,” Ditka said. “Barack Obama’s a fine man. I mean, he’s pleasant. He would be great to play golf with. He’s not a leader. This country needs leadership. It needs direction. It needs somebody that steps up front. We need somebody like Ronald Reagan.”

You see that right there?

Do you know when Ronald Reagan was president?

Based on that rationale right there, ALL Chicago Bears fans are probably voting for Trump. Because he’s sure to bring back the…