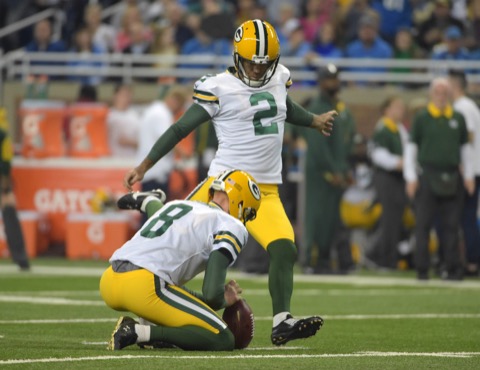 That’s sarcasm, of course. There is nothing enthralling about the new NFL rule changes, which were approved at the NFL owners meetings on Tuesday.

The most notable rule change is the extra point rule — that which places the PAT at the 15-yard line — is now permanent.

You already thought it was permanent? You’re not alone, but no, 2015 was a one-year trial of the rule. Everyone loved it so much, that it is now permanent.

There were six other rule changes approved, as well.

None of those really do anything for us.

We imagine this horse collar addition will present another judgment call for officials to make and otherwise muck up a pretty easily-defined penalty to call.

If your middle finger touches the guy’s name, but the rest of your hand is outside of the nameplate, does that result in a penalty?

We can’t wait to find out!

It’s sure to be an exciting and worthwhile part of the game!

Previous Article
Thompson: Wolf Promotion Nothing to Do with Retirement
Next Article
McCarthy Thinks B.J. Raji will Play Again, Is Probably Wrong