by Shawn
in Uncategorized
16 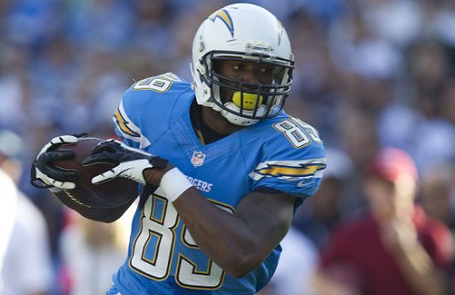 It was reported yesterday that the Pittsburgh Steelers were likely to sign tight end Ladarius Green once free agency started today. However, when the first four hours of free agency went by today without the signing being announced, we were foolish enough to believe the deal might have fallen through.

A false hope it proved to be, as Green did indeed sign with the Steelers tonight. Ladarius Green was a very logical target for the Green Bay Packers because of his speed, his youth, and the fact that his second-string production so far likely meant he wouldn’t break the bank.

And, indeed, he wouldn’t break the bank after signing a very reasonable four-year deal worth $20 million. That was money the Packers could have easily afforded.

All that being said, the Green Bay Packers were never reported to be even interested in Green. So, whether he made sense or not, the Packers chose to pass probably even before free agency started. If you had to argue why the Packers might not be interested in Green, you might point out that the San Diego Chargers chose to re-sign 36-year-old Antonio Gates rather than paying Green.

The only players the Packers have been connected to was running back Matt Forte, who signed with the Jets, and Forte’s teammate — tight end Martellus Bennett. Even though his on-field talents would immediately upgrade the Packers offense, Bennett seems a long shot for the Packers for a couple reasons.

For starters, he’s still under contract with the Bears. The Bears have been trying to trade Bennett rather than just releasing him. My guess is that the Bears will continue that effort until at least the draft, where they could hope to entice picks from a team in exchange for Bennett. Not only are the Bears unlikely to trade with the Packers, but Ted Thompson is just as unlikely to be willing to give up draft picks.

Secondly, Bennett has the reputation as a guy who speaks his mind regardless of how it is going to be taken. While the media may love that, most teams do not, and the Packers and Patriots are the gold standard for toeing the line.

And, of course, there is always the fact that the cap-rich Bears are willing to part with a talented tight end. That says pretty clearly what they think of his locker room presence.

With Green off the market, to go along with Dwayne Allen and Coby Fleener, the tight end options are now down to vets looking for one last contract. Considering the prospects, expect Richard Rodgers to actually be your No. 1 tight end next season.

Linebacker Jerrell Freeman and defensive tackle Terrance Knighton are two players left who I believe the Packers can afford and would fill immediate needs for the team. The longer these guys last on the market, the better the chance of Ted Thompson being interested.

Lastly, in what is also a poor showing for Ted Thompson, there was zero reported interest in any of the Packers who are free agents. That might help in bringing someone back linebacker Nick Perry, but it is also telling of what the league’s other GMs think of these guys.

No Forte, Trevathan For Packers; Green Still Out There

Ted Thompson Wasn’t Even in the Office on Wednesday

Ted Thompson Wasn't Even in the Office on Wednesday