Kevin Hart Has a Message for Aaron Rodgers

We had heard this was floating around out there, but didn’t really care enough to look for it. Thankfully, it was presented to us today. It’s comedian and actor Kevin Hart giving Green Bay Packers quarterback Aaron Rodgers the bird at the Oscars.

“But it looks like he’s giving me the bird, guys!”

Right, but you know what’s going on here. Kevin Hart knows Aaron Rodgers. He knows of the photobombing tactics. He knew Rodgers would have some stupid expression on his face when he tried to take a selfie and was ready. 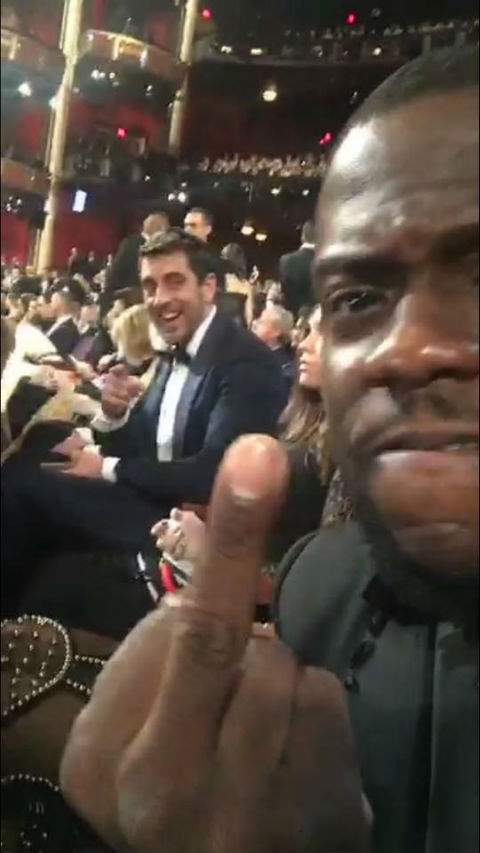 From what we know, these guys are pals. Rodgers’ girlfriend, Olivia Munn, was in Ride Along 2… [pauses to reflect on the absurdity of there being two of those movies out there]… with Hart.

Rodgers and Munn went to see Hart when he performed in Green Bay during the season, as well.

So all in good fun.