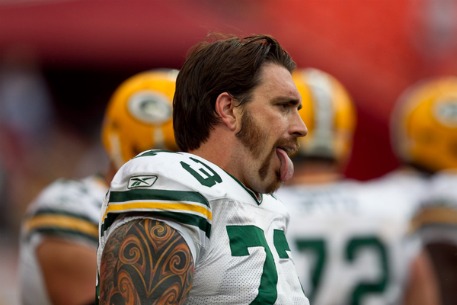 Daryn Colledge was a starter at guard for the Green Bay Packers for five seasons (2006-10), started three more in Arizona and one in Miami before calling it a career. After a year away from the game, he’s decided to join the Army.

Since I know little about the military, I was somewhat curious of the distinction between the Army and the Army National Guard.

Not that I’m trying to belittle his service, but there’s pretty substantial difference between regular Army and Army National Guard. The latter is more like the Army Reserves, in that they are not active-duty military. Although they can be deployed in an emergency and often are, the National Guard is usually the crew called in when there’s a natural disaster or something like Ferguson happens.

There are other differences, but Colledge isn’t heading off to the front lines like former Cardinals safety Pat Tillman did when he abruptly retired from football in 2002 and joined the Army.

And at 34, Colledge did have one year of eligibility left to join up with the regular Army.

And maybe that’s interesting only to me.

Here’s something else that’s interesting to me. Colledge looks like a cross between Jared Allen and that douche from Nickelback.

That’s a heavy cross to bear.

Way to give something back though, bro.