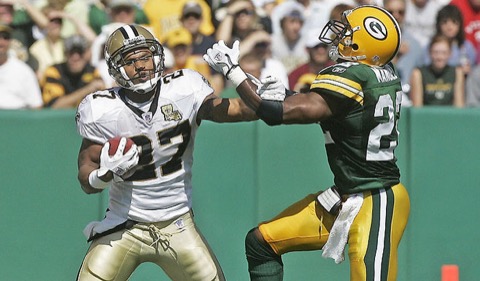 But listen, there’s a positive here.

At least we know who the homophobe in the room is now.

Manuel is currently the secondary coach and senior defensive assistant for the Falcons. If you’re interested in reading his fake apology, you can take a look at it here.

Manuel played eight years in the league, including the 2006 season with the Packers, when he started all 16 games at strong safety.

What we find most interesting about Manuel’s brief history with the Packers, is he was one of Ted Thompson’s first free agent signings and thus, one of his only free agent signings. Thompson gave Manuel a five-year, $10 million deal back in 2006 to leave the Seattle Seahawks.

He did this before he signed Ryan Pickett or Charles Woodson, the two name unrestricted free agents he signed that year.

Manuel had 81 tackles and an interception in his lone season with the Packers. He was released during final cuts in 2007, at which time he surely began to wonder, “Is everyone around here gay?!”