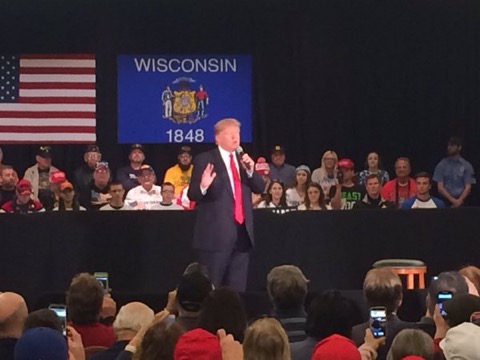 We doubt Donald Trump knows anything about running a country, but he knows plenty about pandering to the locals. What gets people in Wisconsin fired up? Well, the Green Bay Packers, of course!

Trump had a campaign stop in Appleton on Wednesday and told the assembled that if he wins the Wisconsin primary, he’ll go to a Packers game.

"If I win, I'm coming up to a game," @realDonaldTrump says of Green Bay @Packers. Gets big cheers. Says will bring Melania, Ivanka.

Yes, it’s true. The only thing I like about Trump is his wife and daughter.

More so, the daughter, Ivanka. See what I’m saying? 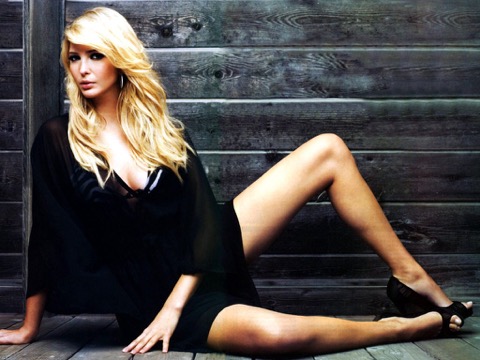 Some people, of course, lapped this right up like the sheep they are (not her, Trump going to a Packers game, but yeah, I’d lap her right the fuck up).

Other people were not impressed.

Trump using the Packers and talking about Rogers to campaign in Wisconsin.. KEEP THE PACK OUT OF THIS DONALD.

Did anyone tell Trump that the "Well run" Packers have socialized ownership?

Let’s get down to brass tacks here. Trump is not really going to come to a Packers game, regardless of what happens.

Let’s not pretend he’s one of the boys. Guys like Donald Trump don’t go to football games. They buy football teams and then sit in their owner’s box to watch the games.

Donald will not be throwing on a parka and sitting up in the 600s with you.

That’s not a could-happen scenario, especially when you throw the wife and daughter into the mix.

Just remember that when you vote for Trump and are waiting around for him to show up at a Packers game.