This dude right here was installing some netting at Target Field, where the Minnesota Twins play. 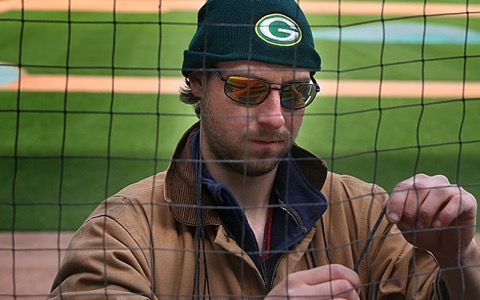 Said photo appeared in the Star Tribune along with some arcane story about the netting.

Well, reader Carrie Skagerberg was having none of it!

On a side note, could there possibly be a more Minnesota name than Carrie Skagerberg? That just rolls off the tongue, doesn’t it?

Who wants to bet this broad was yelling “Skol Vikings!” while hoisting a Hamm’s triumphantly into the air in the middle of her wedding ceremony?

Yeah, anyway, she wasn’t having any of this dude in Packers hat performing labor in Minnesota sports venue. Naturally, that prompted a letter to the editor.

And first of all, congratulations on being one of the few Vikings fans who are able to read and write, Carrie.

Now take a look at this gem. 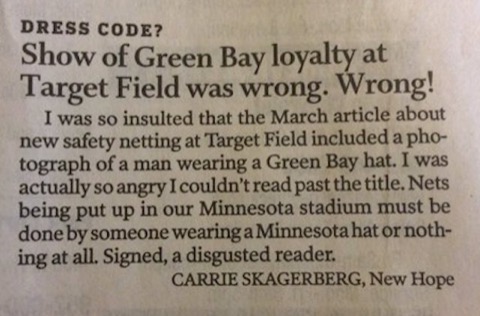 “Nets being put up in our Minnesota stadium must be done by someone wearing a Minnesota hat or nothing at all.”

Yes, let’s get that to the legislature! Freedom of speech and team choice must be outlawed in Minnesota!