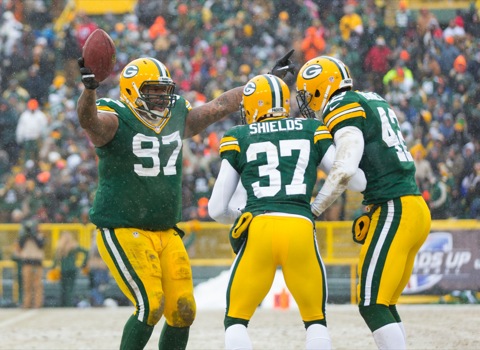 We consider defensive tackle B.J. Raji to be retired after Monday’s announcement. That is to say, he’ll never play again.

Raji phrased it differently, however. He said he was taking a hiatus; that he wouldn’t play in 2016. That would suggest Raji may consider playing again in 2017 or beyond.

We’re going to go ahead and call that highly unlikely.

There are a number of reasons why.

Second, Raji has been a free agent for three consecutive offseasons now. Each year, the interest in his services has been minimal at best. To think that interest in Raji would increase after a year away from the game would be foolish.

Third, men of Raji’s stature and girth typically end up growing larger and getting more out of shape when they’ve got excess time on their hands.

There are plenty of reasons to believe Raji’s hiatus is in fact a retirement, whether he would like it to be or not.

However, let’s play devil’s advocate for a moment.

It’s not unheard of for defensive tackles to play well into their 30s. The guy that always comes to mind is former Minnesota Vikings defensive tackle Pat Williams, who played until he was 38. Houston’s Vince Wilfork played at 34, last season.

It’s not the norm, but it does happen.

Those guys didn’t sit out a season and then return to the game, though.

You don’t have to look far for a guy that did, of course.

The Jolly situation was different, however. He had the motivation to prove himself and get back what he lost. Plus, he had plenty of time on his hands to workout.

Raji not only doesn’t have that same motivation, he also faces long odds if he did want to return.

That’s why we’d bet we’ve seen the last of B.J. Raji on a football field.