by Vaden Todd
in Uncategorized
7 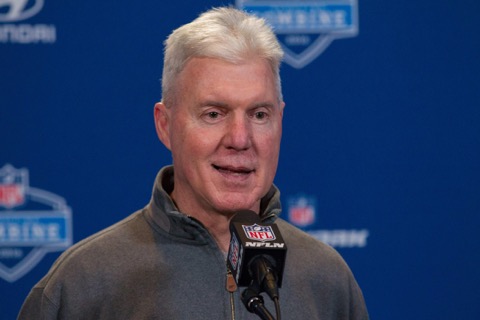 Green Bay Packers general manager Ted Thompson spoke to the media at the scouting combine on Thursday and, as usual, he was a fountain of information.

Most interesting was when Thompson addressed the rumors that coach Mike McCarthy isn’t happy with his roster-building approach. Thompson expressed bafflement.

“I saw that, too,” Thompson said. “I don’t know where that came from.”

The notion that McCarthy isn’t or wasn’t happy with Thompson certainly didn’t appear to be made up. Things like that don’t reach the press by accident.

You can surmise, by Thompson’s curt answer (by far, his shortest answer while at the podium), that he was uncomfortable talking about the situation.

However, we all know neither individual is going to discuss it publicly. Just last week, McCarthy was talking about how great his relationship with Thompson is.

If there was an issue — and we believe there was — it’s likely been discussed and taken into consideration.

And that brings us to free agency.

Thompson was also asked about his philosophy on free agents and he insisted he’s open to signing them, even though all evidence seems to point to the contrary.

“We sign free agents, we look into free agency, we’ve been doing it for the last several months with prospective free agency. But no, we’re not going to chase a ghost just because the clock is ticking.”

What’s perhaps most interesting there is that last part.

“The clock is ticking.”

We view that as, “We know the clock is ticking on Aaron Rodgers’ career, but we’re not going to do anything differently despite that fact.”

So, if you were getting yourself fired up because you thought this was the year Thompson signs some free agents, you should probably temper that enthusiasm.