Someone Asked Randall Cobb if Eddie Lacy is Too Fat 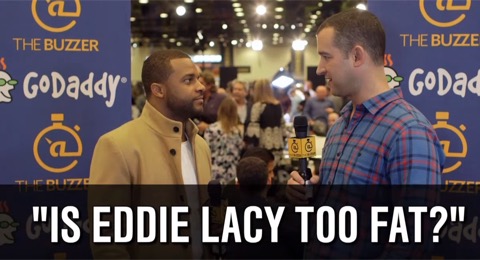 Ah, the beauty of media row at the Super Bowl, where they credential anyone with a mic and let them ask players stupid questions. Yesterday, some yahoo asked Green Bay Packers receiver Randall Cobb if he thought teammate Eddie Lacy was too fat.

Lacy had a subpar 2015 season and coach Mike McCarthy — who knows a thing or two about being a fat bastard — publicly called Lacy out for being overweight when the season ended. We’ve since heard the Packers want Lacy to lose 30 pounds.

What do his teammates think?