LeRoy Butler May Finally Get Hall of Fame Consideration 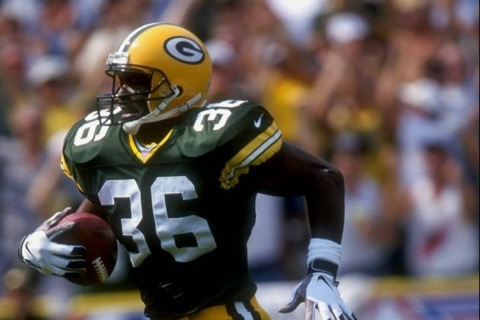 Several years back, when I produced content for the Green Bay Packers Hall of Fame, I made a list of former Packers who weren’t in the Pro Football Hall of Fame that should be.

That list included some of the usual suspects — linebacker Dave Robinson (who has since gotten the call) and guard Jerry Kramer. It included some seemingly forgotten players that played on bad teams — safety Bobby Dillon (who’s still the Packers’ all-time interceptions leader) and receiver Billy Howton. It included Lavvie Dilweg, who dominated in the 1920s and ’30s and will probably never make it because that was so long ago.

Butler has never gotten serious Hall of Fame consideration. Some say that’s because he played safety. There are somehow only seven safeties in the Hall of Fame, which demonstrates that, for whatever reason, the committee doesn’t often consider the position.

“This committee doesn’t elect safeties,” said Dallas Morning News columnist Rick Gosselin, who has been on the Hall of Fame selection committee for 20 years. “We haven’t found a safety who’s played in the last three and a half decades that we’ve deemed worthy of Canton.

“It’s the most overlooked position in the NFL in the Hall of Fame. That’s what Butler’s up against.”

It’s been suggested that that will soon change.

Obviously, we’re not talking about punters here and the guys who elect Hall of Famers seem to understand that there’s a disparity that needs to be looked at.

Does Butler have a case?

Obviously, I think he does because I’ve made it.

It’s pretty simple. He changed the way the position was played.

Before LeRoy Butler, you put your bigger, slower cornerbacks at safety, oftentimes a once-great cornerback who had lost a step. See Ronnie Lott.

Butler started his career as a corner too, moving to safety when the Packers drafted Terrell Buckley in 1992. He still had the speed and coverage ability of a corner, though. He had something else too.

He could play the run and rush the passer. Butler was the first defensive back in NFL history to record at least 20 career interceptions and 20 career sacks.

The Florida State product was as adept at playing the pass as he was supporting the run and blitzing the quarterback. Butler was used extensively around the line of scrimmage because of his skill set, which gave the Packers defense greater flexibility and forced opposing offenses to game plan for him.

Safeties didn’t do that before LeRoy Butler and people forget that.

LeRoy hasn’t forgotten that, of course.

“It comes down to this: When I got the phone call to move to safety in 1992, safeties weren’t doing the things they’re doing now,” Butler said. “Ray Rhodes had this vision. Go back to before 1992, and see how teams were playing safeties and how I played — close to the line, making sacks, covering tight ends and third receivers. Troy Polamalu, Brian Dawkins — the recipe for how those guys played was the one we put out there in the 1990s.”

“As a strong safety, he and Darren Woodson were players who dominated. Could play the run, play the pass, really good tackler, effective blitzer, could set the defenses. Those Packer teams were really his teams,” Wolf told Sports Illustrated in 2008.

In all likelihood, the two safeties who were finalists last year — Steve Atwater and John Lynch — will have to be elected before Butler’s own candidacy can progress.

As it stands, LeRoy has never even been a semifinalist.

The right people are starting to make the case, though. The drive is being led by Wolf.

It may be a long wait, but one day, we expect LeRoy Butler will get the call that he rightfully deserves.