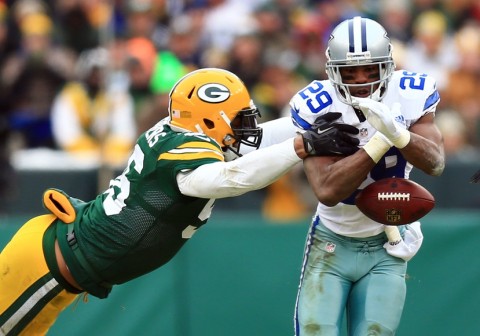 When the Super Bowl ended, another part of the NFL season began. The bloodletting season.

Teams could once again officially release players when the season ended and a number of teams did just that, cutting veterans to get them off the salary cap.

Evans is 32, but the real reason the Saints released him is because they gained $3.1 million in salary cap space. They were a projected $10 million over the cap when the offseason began on Monday.

Several other notable veterans joined Evans in the unemployment line.

Several of these guys had guarantees in their contracts that were scheduled to kick in this week. They’re all now free agents and since they were released, they can sign with a new team as soon as they get an offer.

That’s not to suggest we expect there to be a huge market for any of these guys, but to illustrate that normal free agency rules don’t apply.

Will there be other veterans released?

Without a doubt. Will the Green Bay Packers release anyone?

That doesn’t seem likely, although some people seem to be have questions about linebacker Julius Peppers.

Peppers is in the final year of his contract and has a cap hit of $10.5 million. If the Packers released the 36-year-old, they’d gain $8 million in cap space.

Despite the savings and Peppers’ advanced age, that move seems unlikely for a number of reasons.

First, Peppers just turned in a 10.5-sack season, which led the Packers. Second, the Packers will have more than $20 million in available cap space, so unlike the Saints, they don’t need to create more. Third, both Mike Neal and Nick Perry are free agents, so the Packers don’t have a lot of bodies at outside linebacker at the moment.

The next largest 2016 cap hits (and only ones over $2.5 million) among the Packers’ 2017 free agents are guards Josh Sitton and T.J. Lang. Those guys aren’t going anywhere.

That makes it very unlikely that there will be any notable action in Green Bay for a while.

Brett Favre Got Measured for Hall of Fame, Wandered Around

Here’s a Sign Just How Minor Aaron Rodgers’ Surgery Was

Here's a Sign Just How Minor Aaron Rodgers' Surgery Was