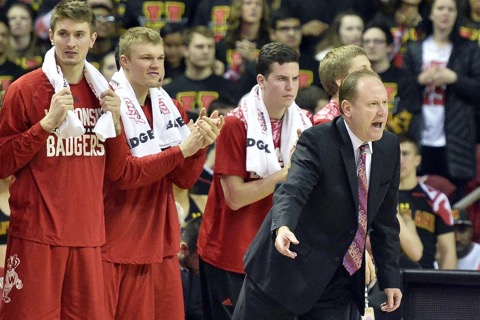 Now that football season is over, perhaps you’ve noticed that the Wisconsin men’s basketball team is wrecking shit again.

If you haven’t, they are. They just rolled into Maryland on Sunday and whooped up on the No. 2-ranked Terrapins, 70-57. With the win, the Badgers notched their seventh consecutive in the Big 10 and improved to 16-9 overall.

That’s surprising not only because they were mediocre early on, but because legendary coach Bo Ryan abruptly retired after the season began. The team was then turned over to Greg Gard.

Who the hell is Greg Gard?

He’s just a dude from Cobb, Wisconsin who went to UW-Platteville and then became Ryan’s assistant for 23 years.

In other words, he’s a Green Bay Packers fan.

Greg Gard on still being a common Wisconsinite despite growing celebrity status:

"I love the @Packers just as much as they do."