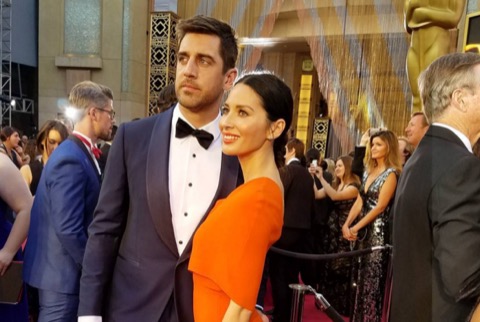 The Chicago Bears, who apparently didn’t get invited to the Oscars, had a real zinger for Green Bay Packers quarterback Aaron Rodgers and girlfriend Olivia Munn last night.

That was in reference to Munn’s orange dress and Rodgers’ blue suit.

Well, he owns you so he can do what he wants with your colors. https://t.co/9KRSn07bKy

A lot of people are talking about Rodgers photobombing Common on the Oscars red carpet too.

Common, who is a Chicago Bears fan, posted his own reaction this morning.

This is exactly why @chicagobears fans & @packers fans will never get along. I will get you back #aaronrodgers ! pic.twitter.com/OfgiG0Mpwo

Common didn’t really seem too angry about it. He and Rodgers were yukking it up before the show.